"The friendship between China and Pakistan is unbreakable and rock solid despite changes in the international and regional situation," he told Imran Khan, who had come to Beijing for the third time this year. Many in Delhi thought that he had crossed the reddest of India's "red lines", the more so since Pakistan's prime minister was not alone in meeting him in the Chinese capital. Unbelievably from India's point of view, Pakistan's army chief, Gen Qamar Javed Bajwa, who has just got a three-year extension, and ISI chief, Lt Gen Faiz Hameed, were also present.

Moreover, he had given this assurance to Pakistan's twin power centres just two days before he was travelling to Mahabalipuram near Chennai for the second informal summit with Prime Minister Narendra Modi, the first having taken place in Wuhan in China in 2018.

Most experts in India's strategic affairs community, and also much of the commentariat in the Indian media, are not friendly towards China at the best of times. Therefore, between October 9, when he shook hands with Imran, and October 11, when he did the same with Modi, the verdict in India's TV, print and social media was near-unanimous: "The so-called 'Wuhan Spirit' is dead and the Chennai Summit is doomed to fail."

Yet, Modi's own verdict, at the end of the two-day summit with him, was diametrically, also dramatically, different: "A New Era in China-India cooperation, based on mutual trust, has begun with 'Chennai Connect'." Who is he who has pulled off this most unlikely diplomatic win with both Pakistan and India? He is Xi, China's most powerful leader after Mao Zedong.

Among the most complex foreign policy challenges that Chinese President Xi Jinping is facing is how to improve relations with India, beset as they are with considerable and enduring trust-deficit, without weakening China's traditionally close ties with Pakistan. This is because many Indians have become habituated to thinking that any country that is a friend of Pakistan cannot be trusted to be a friend of India. The vice versa is also true, albeit to a lesser extent. Many Pakistanis view with suspicion, apprehension and incomprehension when China, their "iron brother", is seen to be building close ties with India, their "enemy".

Against this background, what Xi has achieved - meeting both Imran and Modi within a span of two days and giving both an assurance of friendship - is truly audacious. Of course, those who closely viewed Xi's body language during his meetings with the Pakistani and Indian prime ministers unmistakably noticed that he looked far more relaxed, expressive and friendly in his informal interactions with Modi than during his formal talks with Pakistan's mil-civ leadership. This shows that the 'Chennai Connect' is not just a nice-sounding diplomatic construct but an authentic articulation of a new evolving relationship between Xi and Modi. Even Modi's most ardent critics have to admit he has displayed admirable maturity and dexterity in nurturing India's testing ties with its largest neighbour, and slowly but steadily infusing important strategic content into it. 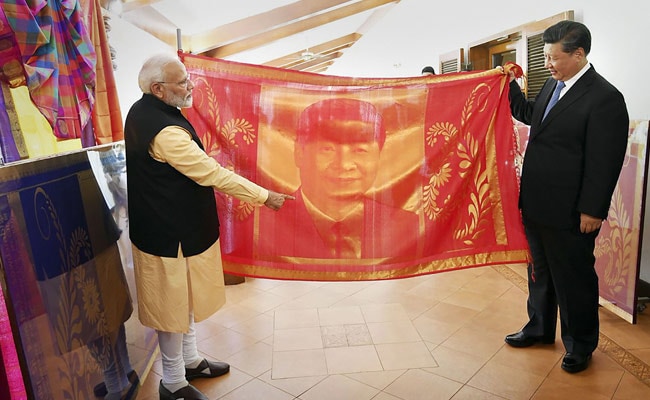 The problems Modi faces in this difficult task are quite obvious. In his five and a half years in office, he has not followed a consistent policy of engagement with Pakistan. Nor has the Pakistani establishment responded to his positive overtures with trust-promoting actions. Modi's own political support base is implacably hostile towards Pakistan. Indeed, this hostility helped him considerably in his re-election in May 2019. Therefore, it is not easy for him to continue his engagement with a China that was not going to abandon Pakistan, its longstanding ally. Yet Modi managed to disprove all those who were predicting that the Chennai summit would collapse under the weight of the unresolvable contradictions inherent within the India-China-Pakistan triangle.

As a matter of fact, no visit of a foreign leader to India in recent times has evoked as much public interest across the country as Xi's sojourn to Mahabalipuram. And unlike Imran's stiff tete-a-tete with Xi in Beijing, in which there was not even a semblance of equal partnership between the two leaders, every minute that Modi spent with the Chinese president demonstrated that he was dealing with Xi on friendly but equal terms. To the Indian public, and also to the international community watching the Chennai summit, this was proof positive that India engages with China only on the basis of absolute parity, nothing less.

The Modi-Xi meeting in Chennai endeared itself to the Indian public for another important reason. Without any reference to the Kashmir issue, the two leaders nevertheless were on the same page with regard to the danger posed by terrorism and religious radicalism to both India and China, and to the rest of the world. It is very likely that Xi discussed this with Imran, Gen Bajwa and the ISI chief when they met him in Beijing. And it is equally likely that Xi conveyed this to Modi. After all, it is simply unthinkable that China would have any soft corner for terrorism or Islamist separatism when it is facing this threat in its Muslim-majority Xinjiang province. And since Pakistan itself has been a major victim of terrorism fuelled by religious extremism - a danger that many leaders in the country's civilian and military establishment are highly concerned about - the stage is now set for a constructive India-China-Pakistan dialogue on this common danger. In my several interactions with many Indian, Chinese and Pakistani leaders, I have suggested a sustained 3-nation dialogue at Track II and Track 1.5 levels on this and other cooperation-related issues, leading ultimately to a Track I (summit-level) dialogue bringing the top leaders of the three countries on a common consensus-building table.

Modi embedded another crucial element in his engagement with Xi in Mahabalipuram: the setting of their meeting, the ancient sea-facing temple town, was spectacular. Even though many TV anchors and debaters called it mere "optics", it showed the Chinese president - and also a majority of Indians who were looking at the visuals for the first time - the grandeur of Hindu temples, epics and culture. Moreover, it illustrated the cultural and spiritual linkage between India and China in ancient times, something Xi is well aware of. After all, Xi spent 18 long years as a junior-level communist party official in China's south-eastern Fujian province, which has many places displaying their links with India, especially Tamil Nadu. For example, the 1300-year-old Kaiyuan Temple in Quanzhou, the largest in the province, which I visited a couple of years ago, has images of Shiva, Krishna and Narasimha. Xi referred to Quanzhou when Modi was showing him the temple architecture in Mahabalipuram. The Maritime Museum in Quanzhou also exhibits ample evidence of the Islamic connection between India and China in the form of travels of Muslim traders and sailors in medieval times. Hearteningly, to mark the 70th anniversary of India-China relations in 2020, Modi and Xi have decided to organise a conference on a ship voyage that will trace the historical affinity between the two great Asian civilisations. Thus, revival of the forgotten knowledge of these ancient cultural connections became an integral part of the 'Chennai Connect'.

The crowning highlight of the Chennai Summit is the reported proposal by Xi to have a 100-year plan to solidify relations between India and China and "work together to realise the great rejuvenation of the two great civilisations". Yes, there are many differences between our two countries -trade deficit, boundary disputes, and so on. However, if we choose to be guided by our civilisational wisdom,and if our alliance is not targeted at any other nation in the world,we can resolve most of the contentious issues, including the relationship with Pakistan, in win-win ways for all. Moreover, India and China will together make the world a better place.

(Sudheendra Kulkarni, who served as a close aide to former PM Atal Bihari Vajpayee, is the founder of 'Forum for a New South Asia', which advocates close India-China-Pakistan cooperation.)