The economic package announcement by the central government is being called "Atmanirbhar Bharat Abhiyan". The process of announcing it over six days, starting with the Prime Minister's speech on Tuesday and the Finance Minister's five-part announcement that ended on Sunday, did seem like a long abhiyan.

It will take a bit of time for the dust to settle and the full picture to emerge from the plethora of announcements introducing measures of immediate relief as well as elements of structural reforms. Still, at first pass, what should we make of it?

Focusing just on the relief aspect of the package, we will focus on three simple questions: what, how much, and for whom.

If we take a cold hard look at the numbers and the fine print, the actual size of the package shrinks, and its shape becomes quite amorphous. The quoted number of 20 lakh crores or 10% of the GDP in 2019-20 clearly overstates the size of the package. By how much? According to preliminary calculations (which broadly reflect the general view of industry experts as well) the immediate additional fiscal resources put on the table by the central government - taking together this package and the earlier one announced by the Finance Minister on March 26 (aimed at relief for the poor) is around one-tenth of the stated figure: 1.1% of GDP or around 2.1 lakh crores. By "immediate", I mean that I am leaving aside future increases in liabilities (through the loan guarantees) or borrowings of other public sector entities. By "additional", I mean I am excluding allocations already made under the budget before the crisis had hit. And "fiscal" means measures falling under the purview of monetary policy which is the preserve of the Reserve Bank of India (RBI) are also excluded in this account, as is customary when talking about the central government's economic actions. 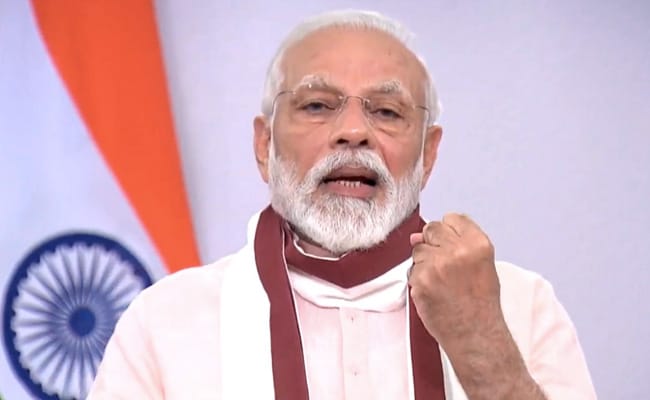 When the economy is still under lockdown and one of the main immediate objectives is to provide relief to individuals struggling for survival, this - 1.1% of the GDP, taking the March 26 and May 12-17 announcements together - is the relevant amount. If we break it down, the main categories are:

These add up to around two-thirds of the direct additional fiscal expenditure (i.e., 0.66% of GDP). There are several other schemes, such as aspects of financial security for vulnerable groups, but let us focus on these three categories as a conservative estimate of direct transfers to the poor.

It is easy to get lost in large numbers like thousand or lakh crores. In per capita terms, what is the amount of additional fiscal resources committed to vulnerable groups? The per capita GDP at current prices is Rs 1 lakh 52 thousand and so the per capita direct support in the above three categories works out to be around Rs 1,000 (0.66% of per capita GDP). So, for the average person, this is the additional immediate fiscal support. It is non-negligible, given the prevailing levels of poverty. However, it is worth noting that the poverty line figures of Rs. 32 per person per day in rural areas and Rs. 47 per person per day in urban areas (using Rangarajan's estimates at 2011-12 prices) translate to monthly figures of around Rs 1,490 and Rs 2,190 respectively at current prices, adjusting for inflation. The proposed direct support in per capita terms falls well short of it.

Now, what we did was a hypothetical calculation for the "average" person. After all, not everyone is entitled to these benefits and so one would expect the poor to receive a higher nominal amount than Rs 1,000 per capita. But this must be balanced against the various glitches and frictions in the system that make any transfer policy - whether direct cash transfers, MGNREGA payments, or PDS - subject to serious leakages and delays. Moreover, given the different schemes involved, not every poor person would have direct and immediate access to government assistance. For example, if you are a male migrant worker still unable to return home, you would not be able to get the cash transfers or the rations (given the as-of-yet non-portable nature of ration cards) or work under MGNREGA. 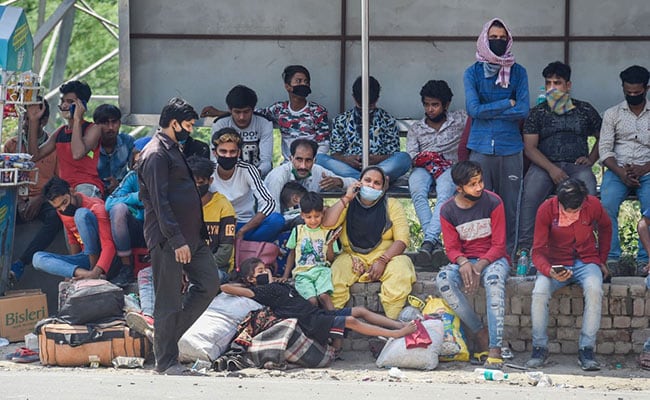 Thousands of people have been badly hit, especially the poor and migrant workers, many of whom have lost their jobs.

All these factors taken together do not bode well for the most vulnerable sections of the population, who are literally under the threat of starvation, given the extension of the lockdown. Some very recent studies have confirmed the logistical problems with cash transfer schemes that run the risk of leaving some of the targeted beneficiaries without cash or food. They have been left to cope with the crisis largely on their own, as exemplified by the plight of the migrant workers whose abhiyan back to their villages continues to be largely atmanirbhar.

It is one thing to worry about inclusion errors at times of plenty, namely, people taking undue advantage of doles. Those who are lately discovering the virtues of MGNREGA, after criticising it as a monument of failure of the earlier economic era and want the poor to work to receive financial support as opposed to being lazy welfare recipients, are still being blind to the real problem of mass starvation that looms in the background. When the combined public health and economic crisis of a century hits, one should rise above worries about what international credit rating agencies are going to say. We should be more worried about exclusion errors as that is the margin between life and death, than inclusion errors.

Let us use the excess food stocks at the storage facilities of the Food Corporation of India (FCI). Let anyone who needs food have it whether they have a valid ration card or not on a temporary basis. The first priority should be that no one dies of hunger.

What about restarting the engine of the economy? What makes this crisis particularly intractable is the simultaneous combination of supply-side and demand-side constraints. Without demand supply will not be forthcoming. At the same time, without normal economic activity ensuing, supply will not be forthcoming, irrespective of demand. Yet, much of the announced reforms have focused on supply side remedies. While there are lots of things put on the table that would require more careful analysis, without paying attention to demand, recovery will be limited. It is noticeable that the stock market has reacted negatively, despite the relatively small size of the fiscal package and the announcement of a slew of reforms that should please industry. One of the stated reasons for this reaction is the lack of prospect of growth in consumer demand. Before the crisis had hit, the economy was going through a protracted slowdown that was largely demand-driven. Slackening consumer demand had spilled over to low investment because corporates were hesitant to invest. This stemmed from the investors' perception that growth in the demand for their products was lacklustre. The present crisis and lack of income for the poor as well as the non-poor, due to the massive loss of jobs, have significantly exacerbated this problem. A more universal income transfer programme would both help individuals cope with the crisis and create a demand base once lockdown is eased in a staggered and gradual manner. There is still time to reconsider.