Rahul Gandhi And Congress Prove Their Inability To Fight BJP

The Congress under Rahul Gandhi has lost the plot. On the pretext of establishing his pan-India leadership, he has decided to stand from Wayanad, a constituency in the southern state of Kerala, to fight not the BJP, which has little presence there, but the Left. In another southern state, Karnataka, the Congress is a partner in the ruling alliance. If the idea was for Rahul Gandhi to contest a parliamentary seat in south India, why not in Karnataka, where the BJP is the main opponent?

As is well known, it is the Left and Democratic Front which is the main force that has been fighting the BJP-RSS's toxic politics on the basis of a secular, democratic, Left alternative. The LDF is fighting to win all 20 constituencies in the state including Wayanad. After getting elected, the MPs of the LDF in Kerala will ensure the formation of a secular government in Delhi. They will also ensure that while fighting the BJP, no quarter will be given to any variety of religion-based fundamentalist politics. 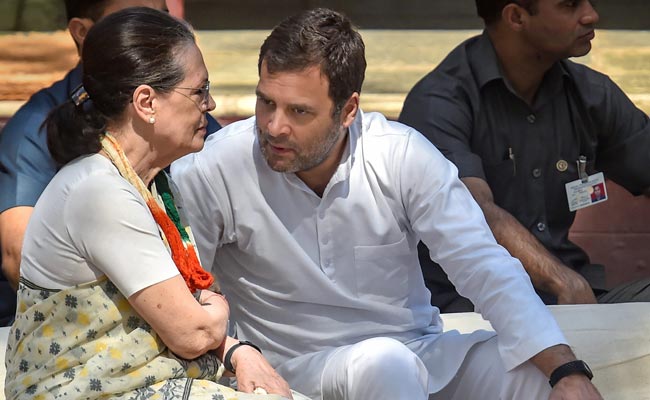 It is being questioned why Rahul Gandhi is contesting a seat where the BJP is non-existent.

What is the message that the Congress President is sending with this decision? The last five years rule of the Modi Government with its frontal attack on the constitution, on institutions, on democratic rights, on the livelihood of the people, combined with its lies, its false claims, its venal communal politics, its shameful subversion of the law, has convinced a large section of Indian citizens that to save India, it is essential to defeat the BJP and its allies in the forthcoming Lok Sabha election. The Congress has stated that its aim is also to ensure the defeat of the BJP. Why then is the Congress President standing in a seat where the BJP is non-existent? So the first message that goes out is that the Congress is not serious about its fight against the BJP since the Congress President wants to take on the political platform of the Left which is at the forefront of the fight at the ideological, political and policy level against the BJP and the Modi Government. In Bengal, too, the Congress party refused the logical offer made by the Left of a mutual no-contest in the seats currently held by the Left and Congress in the state (two seats by the Left and four by the Congress). The Congress announced its candidates in both the sitting seats of the Left, making it a quadrangular contest.

Of course the similarity of positions taken by the BJP and the Congress against the Left is not new. Kerala witnessed it only recently in the highly provocative campaigns of both the BJP-RSS and the UDF led by the Congress on the Sabarimala issue in the aftermath of the Supreme Court judgement. But this decision regarding Rahul Gandhi's candidature reflects an understanding of the Congress beyond Kerala, the weakness and the lack of political will in the Congress strategy to defeat the Modi Government and its allies. 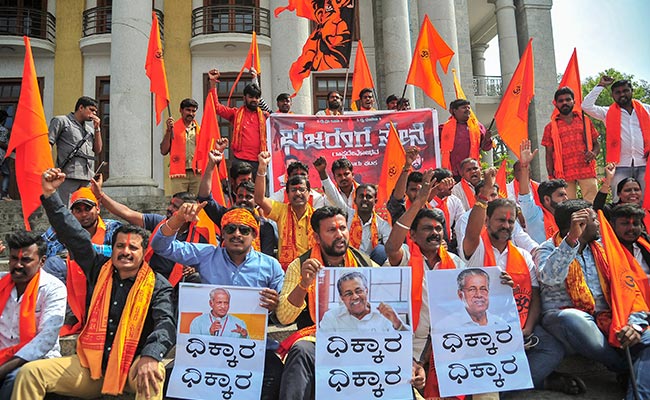 In Kerala, there were highly provocative campaigns of both the BJP-RSS and the UDF led by the Congress on the Sabarimala issue.

Uttar Pradesh is a crucial state in the electoral battle with 80 seats. It was its sweep of this state in 2014 which propelled the BJP into winning a single-party majority. The situation has dramatically changed with strong anti- incumbency against the Adityanath Government and discontent against the Modi Government's policies. This has been reflected in the results of a series of by-elections in the state. Having taken birth in this growing anger of the people, the SP-BSP-RLD alliance is in an increasingly strong position to defeat the BJP. In steps, the Congress President with his announcement of something "big" going to happen in UP, turns out to be the entry of Priyanka Gandhi into an official Congress post in charge of Eastern UP. In 2014, the Congress had won two seats and was second in just another five. It has now declared it will contest almost all 80 seats with the declared aim not of defeating the BJP, but of ensuring a Congress Chief Minister in the next state election in 2022. Addressing a public meeting in his Lok Sabha constituency of Amethi soon after the appointment of Priyanka Gandhi, the Congress President said: "Today, I appointed Priyanka as a general secretary for U.P. Now, the Congress will work to have its own Chief Minister here." When any sensible citizen can see that without defeating the BJP-RSS, the future of democracy itself is in peril, here is the Congress President talking about strengthening his party for the 2022 assembly election! He may as well have added "and the 2024 Lok Sabha Elections."

In Delhi, where the AAP had openly declared its willingness to come to an agreement with the Congress to ensure that the BJP was defeated in all seven seats, Rahul Gandhi has now officially conveyed that his party will fight all seven seats. In Bihar, another important state, the Congress has by its attitude caused an inordinate delay in the announcement of seat-sharing and candidates.

It is true that in a country with such political diversity and with a range of regional parties with their spheres of influence differing from state to state, it may not be feasible to have an all-India pre-poll alliance. Both the NDA and the UPA in their initial formations were post-poll alliances. This time, too, there will be a post-poll alliance which will ensure the BJP is kept out of office. But what is qualitatively new in this situation is that all the parties regardless of the state they are strong in have a common goal, that is, to ensure that India remains a secular, democratic republic which the BJP is out to destroy. Thus the slogan "Desh bachao, BJP harao" has a wide resonance across all political parties. The practical way forward was as the Left had proposed with the aim of minimizing the division of vote against the BJP and keeping the focus of the campaign against the malignant five-year rule of the BJP. By fielding candidates with the aim not of defeating the BJP but with a purely partisan aim, the Congress is acting against the expectations of the people.

There is also an equally serious concern. The politics of defection from the Congress to the BJP and the handover of tickets to the defectors and vice versa, which is sought to be projected by both sides as pragmatic politics l, shows the weakening of the ideological fight against the BJP. There is concern that in states newly won by the Congress from the BJP, its governments are using the same draconian laws against the minorities in the name of cow slaughter as the BJP did. The entire attempts at creating optics of mandir-hopping at the time of elections as being done by top Congress leaders is also direct acquiescence of the BJP plank of the mixing of religion and politics, which should concern all citizens.

Away From Bezos Vs Ambani, A Startup Is Changing Indian Retail