Why Congress Defeat In Karnataka Is A Respectable One

Remember how the BJP mocked the Congress for declaring it had won a "moral victory" in Gujarat? It looks very much like they should have stayed silent instead. Because in Karnataka, the BJP, in spite of pulling out all the stops, has fallen short of real victory, and may well have to settle for a moral one. Unless they manage to buy themselves a few JD(S) or Congress MLAs, in which case they will have transformed a moral victory into an immoral one.

There's little doubt that the Congress has little to celebrate about. It got resoundingly thumped in coastal Karnataka - the laboratory of all the RSS' nasty little polarisation experiments - and its hope of power going forward depends on playing second fiddle to a party with far fewer seats. But, on the other hand, let's also be clear that there are enough reasons for the Congress to nevertheless hold its head up high. For one, it increased its vote share over 2013 by more than a percentage point. That's no mean achievement in a state that's known above all for throwing out incumbents.

Yet the BJP, as well, has a bit of introspection to do. It has come to rely far too much on the Prime Minister's charisma, and its own belief that it will shape the narrative to its advantage. In the cause of a "Congress-mukt Bharat", any kind of compromise is considered permissible. The no-leaders-above-75 rule is broken for B S Yeddyurappa. A party that makes an enormous amount of noise about corruption and black money embraces the Reddys of Bellary, India's greatest examples of the mining mafia-politics nexus. The tenor of their campaign ceased to be about their vaunted "development" focus and instead emphasised issues they thought likely to bring about Hindu-Muslim polarisation, the party president even tweeting that the Congress and Pakistan were alike in honouring Tipu Sultan. 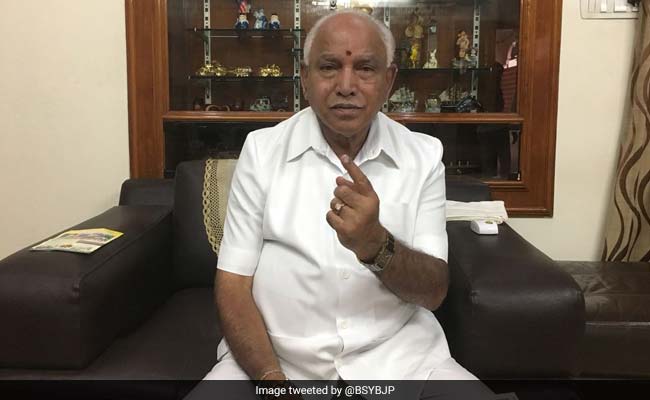 So what are we to make of this split decision that's been handed to us? There's a great deal of audible moaning about the "messiness" of the result. It doesn't look particularly messy, actually. The simple facts are these: the BJP is nine seats away from a majority, and the Congress - JD(S) together well over the halfway mark. And let's not listen to any sanctimonious pablum about "the will of the people". The will of the people is quite clear when a party wins a comfortable majority. The will of the people in a hung legislature is that their chosen representatives sit down and work out what will best serve their constituents. The people of Karnataka may not have voted to have the Siddaramaiah government back, but neither have they voted for BSY. And you know what? They should in fairness get neither.

Addressing the press shortly after meeting the Karnataka Governor, H D Kumaraswamy - the man who will be chief minister, presumably, if the JD(S)-Congress are permitted to show their strength on the floor of the new House - recalled a certain "operation" in 2008 and warned the BJP against repeating it. What was this "operation" precisely? Well, it was a masterclass in cynicism, launched by the Karnataka BJP in 2008 in which B S Yeddyurappa converted a minority government into a majority one by buying out one opposition MLA after another. BSY went on to run a singularly corrupt government, one dominated by land scams touching the chief minister himself, and shadowed by the outsize corruption of the Reddys. This was the last time that the BJP was in power in Karnataka; in 2013, the Congress easily beat a divided BJP, which had by then parted ways with BSY. 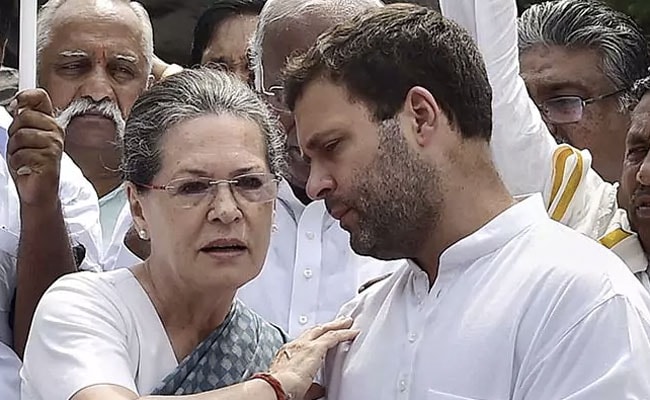 Rahul Gandhi stayed committed to electioneering, and demonstrated he is a far better speaker than he was a few years ago

If the BJP was to attempt a repeat of Operation Lotus, as it was then called, it would no doubt be successful. Yet it is hard to take the BJP's constant paeans to its moral superiority seriously when it is essentially announcing to the world that it is dependent on bribery and corruption to win through to power, and will do so anyway. Though that willingness should not be a surprise -- look at the way that the Reddys and BSY have been brought back into the fold, regardless of the prime minister's unflagging and repetitive rhetoric about corruption.

Would the Congress be able to reap any rhetorical advantage from these compromises by the BJP? A year ago, I would have said: no. But, today, all bets are off. The Congress has not won this election, but its performance has been surprisingly robust. It dominated the social media narrative, it empowered its local satrap, who rose to the occasion - and continues to do so even after the polls closed, helping to broker a deal with the party he left in high dudgeon. Rahul Gandhi stayed committed to electioneering, and demonstrated he is a far better speaker than he was a few years ago. It ran a campaign that was based on issues, created a strong narrative of its own - federalism and sub-national rights - and defended its record in office vigorously. In all ways, this is the kind of performance from the opposition that all of those who have been bemoaning that "there is no opposition" to Modi have long demanded. But, again, it wasn't enough to win. Perhaps those people blaming the Modi phenomenon on the "quality" of the "opposition" were talking through their hat all along.

The people of Karnataka may not have voted to have the Siddaramaiah government back, but neither have they voted for BS Yeddyurappa

It's hard to draw conclusions from state politics that are applicable to the national stage. But we're now a year away from the general elections, and it's equally hard not to. And perhaps we are fortunate that the Karnataka election has turned out the way it has, because it allows us to think through what would happen if, in 2019, the NDA - still propelled by Modi's personal popularity, but little else - comes close enough to victory, but falls short. Will the Congress have the large-heartedness on that occasion that it has displayed in the somewhat less consequential matter of the Karnataka Chief Minister-ship? Will we then have to rely on President Kovind's good nature, or will there be a clear mechanism by which money power is neutralised in the period immediately after the elections? Certainly, it is time for us to recognise that, given Modi's continued popularity, only alliances like the one between the Congress and the JD(S) will be competitive. Declarations of its death notwithstanding, we are still very much in the alliance era. Let's hope the ultimate solution to the Karnataka question respects that fact.

Disclaimer: The opinions expressed within this article are the personal opinions of the author. The facts and opinions appearing in the article do not reflect the views of NDTV and NDTV does not assume any responsibility or liability for the same.
Comments
Karnataka Elections 2019Karnataka Election ResultsNarendra Modi

Op-ed: The UPA has scripted a summer of discontent in Indo-US ties