Kairana Shows 2019 May Not Be A Modi-Wave Election

The victory of the opposition in the Kairana by-polls has sent out an unambiguous message after the Gorakhpur and Phulpur wins of the Samajwadi Party alliance - a united opposition will trounce the BJP in Uttar Pradesh, the country's swing state with 80 parliamentary seats.

The BJP had won the Kairana parliamentary seat by a margin of 2.4 lakh in 2014. Kairana was the epicentre of the infamous "Hindu exodus" theory floated by the BJP that, many believed, was aimed at tried and tested polarisation of voters.

The BJP had pulled out all the stops, desperate to ensure that the opposition did not have the impetus to unite - the win in Kairana will provide that.

Prime Minister Narendra Modi used the fig leaf of an expressway launch to campaign next door to Kairana, taking out a road-show and defying convention that prime ministers never campaign for by-polls.

Nothing worked for the BJP. Not Yogi Adityanath's invocation of "Jinnah", which was countered successfully by Jayant Chowdhary of the Rashtriya Lok Dal (RLD), who said, "Ganna (sugarcane) mattered in the sugar belt of Western UP, not Jinnah."

The BJP had a bad day at the office across the country with only Palghar in Maharashtra saving it the blushes. The signal sent by Palghar was that it was the index of opposition unity which defeats the BJP. Even Palghar, where Chief Minister Devendra Fadnavis campaigned like a man possessed, the BJP's margin of victory came down to 20,000 from 2,30,000. 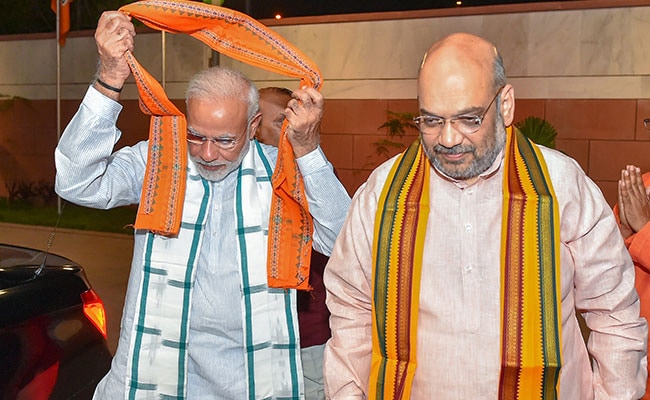 The Kairana by-election results were a blow for Prime Minister Narendra Modi and Amit Shah.

After UP, Maharashtra sends the second largest contingent of MPs to the Lok Sabha - 48 - so the signal again to the Congress and Sharad Pawar's NCP is to unite.

Interestingly, the Shiv Sena, which has broken off its 20-year-old "alliance" with the BJP, is also in play to ally with the BJP's opposition in Maharashtra. Sharad Pawar, considered the wily old fox of Indian politics, has checked the temperature and stopped his tacit alliance with the BJP, hopes to work out a similar "quiet understanding" with Sena supremo Uddhav Thackeray. They have had three quiet meetings already, over Chinese food - a common passion. Mr Pawar is keeping senior Congress leader and trusted aide Ahmed Patel in the loop on his ventures with the Sena.

So who are the real winners and losers in election season?

Tejashwi Yadav in Bihar as the Jokihat victory has added to his stature.

Jayant Chowdhary and Ajit Singh, his father, re-embraced by the Jats of Kairana at a time the party had no legislator anywhere.

The RLD will now be a junior partner in the planned mahagathbandhan (grand alliance) between Bahujan Samaj Party (BSP) chief Mayawati and Akhilesh Yadav of the Samajwadi Party. BJP leaders had ridiculed the regional heavyweights as "an alliance of snake and mongoose". But, the UP voters clearly like the story that "Bua (Mayawati) and Bhatija (Akhilesh)" are telling.

The Congress will now have no choice but to hitch its wagon to the mahagathbandhan as a junior partner, with neither Mayawati nor Akhilesh exactly desperate to have the grand old party on board.

The Congress and BSP will now ally for certain for the Madhya Pradesh polls. The BJP is not expecting great results from the elections later this year in Madhya Pradesh, Rajasthan and Chhattisgarh, where it is in power. Sources say that the Congress has already roped in a small regional party and the deal with Mayawati is done and dusted.

The by-poll results across 10 states underline that regional parties and opposition math pose a huge challenge to the BJP.

The Congress must internalise this reality, with barely 12 months to go for the general elections as its chalks out its alliances with regional players. Congress president Rahul Gandhi must now act as a catalyst and lynchpin for the united opposition, and for the time being, forget any prime ministerial dreams. 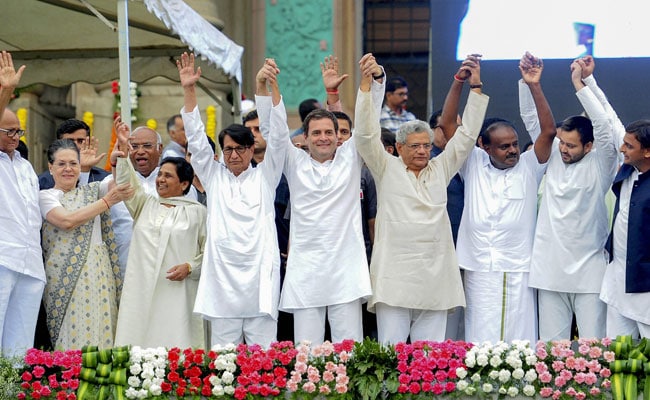 A large number of opposition leaders shared the stage in Karnataka this month.

The BJP is hoping to capitalise on Modi-versus-the-rest as one man takes on the disparate group of parties - what the BJP calls a "corrupt khichri" - but as the incumbent, PM Modi can't really seem to convince the voters, as recent results reveal.

A key takeaway from UP is that the incessant demonisation of Muslims - which started with the 2013 riots in Muzzaffarnagar in western UP - is clearly producing diminishing returns.

The lower caste consolidation in UP is also a reaction to the unapologetic "Thakur raj" run by Yogi Adityanath and the scary "freedom of encounters" apparently given to the UP Police.

Kairana was a huge psychological mood-changer for both the opposition and the BJP.

The opposition will now look to script unity across the country. The fence-sitters on the opposition may now want to consolidate against the threat from the BJP, which under Amit Shah has treated allies roughly, eaten into their space and given no quarter. Says a senior leader from the Congress - "imagine how radioactive the BJP is that even its oldest ally Sena balks at working with it".

Amit Shah, with his gargantuan electoral appetite and arrogance in dealing with NDA allies, seems to have lost his strategic objective of keeping the opposition divided as he wants to win everywhere.

The BJP will now have to eat humble pie if it wants to keep its remaining flock together. But it seems in no mood to, as Nitish Kumar - the Bihar Chief Minister who switched loyalties - is finding out the hard way after being marginalised and publicly snubbed by the BJP. 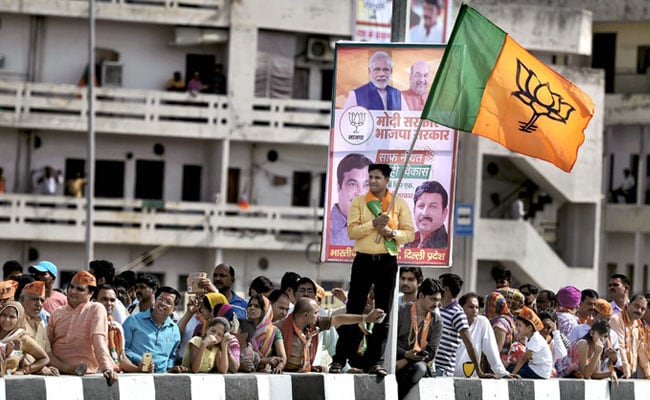 The BJP has largely stopped using its 2014 slogan of "Achhe Din".

Clearly, 2019 will not be a Modi-wave election as most of the promises made by candidate Narendra Modi remain unfulfilled. As predicted by union minister Nitin Gadkari, "achhe din (good times)" has become a millstone around the BJP's neck as to the voter, they seem elusive.

The slogan has been virtually banned by the BJP and PM Modi has stopped using it since the BJP's Bihar defeat in 2015.

Without a wave, real issues of agrarian distress, the unravelling effects of demonetisation, the huge job crisis, rising fuel prices and other bread-and-butter issues of "bijli pani sadak" (electricity, water, roads) will matter to the voters again.

The BJP has already started using a pliable CBI against the opposition, registering cases and hoping to get leaders such as Mayawati and Mulayam Singh Yadav to play ball. But in an existential crisis, these threats no longer have the same urgency. A senior leader says, "Enough is enough. I prefer to go to the voters and get results from them rather than this daily arm-twisting by the agencies."

The opposition will have to hold onto the same spirit for a while and work out the tricky issues of sharing space and staying united while chalking out a story to tell the voters.

Negative narratives don't really work. A senior BJP leader quips, "All the future PMs will trip over themselves. Their only agenda is survival." He is right, but survival is a need that cannot be underestimated. The opposition will have to prove it and work out a formula of unity.

The BJP is now the real pole of politics, yet it finds itself floundering. With the party still claiming the biggest war-chest, the agencies and the charisma of PM Modi, don't underestimate Amit Shah just yet.

But the BJP now has a real fight on its hands for 2019. It will not be a walkover. The beneficiary will be Indian voters, who like to keep politicians fighting and don't want to be taken for granted.

It will be a rejuvenated united opposition against a BJP fighting its biggest fight.

Promoted
Listen to the latest songs, only on JioSaavn.com
(Swati Chaturvedi is an author and a journalist who has worked with The Indian Express, The Statesman and the Hindustan Times.)