Nitish Kumar, now serving his fifth term as Chief Minister of Bihar, has kept a deliberate silence over the past four days as Bihar burns and faces the main brunt of the anti-Agnipath stir. The setting on fire of trains, entire railway stations, and the assaults on the homes, offices and cars of leaders of the BJP, which is Nitish Kumar's ally, has accelerated underlying tensions between the two partners.

Nitish Kumar, who earlier used to preen about his moniker "Sushasan babu" (good administrator) with an iron grip on the state's bureaucracy had no words of consolation when the home of Renu Devi, Deputy Chief Minister from the BJP, was trashed. Four days after the violence began and then rapidly accelerated, Nitish Kumar has bafflingly issued no public appeal asking demonstrators to desist from violence.

This has led to the BJP to posit a fundamental concern - which side is Nitish Kumar batting for? Prime Minister Narendra Modi, who has always had a complicated relationship with Nitish Kumar, has made his opinion clear -  a solid vote of no-confidence, providing a total of 10 BJP leaders in Bihar with massive security cover from the Union government.

The intervention was prompted by SOS calls from the Bihar BJP to Home Minister Amit Shah, who, along with BJP President JP Nadda, has been in close contact with Sanjay Jaiswal, who leads the party unit in Bihar and whose own residence was vandalised. Sanjay Jaiswal has accused the Bihar administration of wilful negligence at Nitish Kumar's behest. The Chief Minister's party has responded that it does not require tutelage in governance. 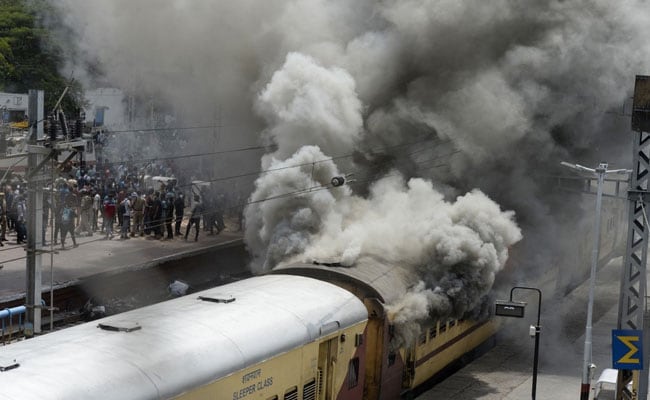 Military aspirants have been protesting against the 'Agnipath' scheme over job security concerns at the end of the four-year tour of duty period. The protest has led to widespread railway property damage.

Hundreds of crores of railway property has been damaged. Nitish Kumar has been the country's Railways Minister, and knows from extensive experience that trains and tracks are a preferred site for violent protests, particularly in states like Bihar. Yet, he apparently did little to double down on security at stations. For three days, as trains went down in flames, Nitish Kumar reportedly gave no clear directions to his officers on how to tamp down the violence on stubborn and continuous display.

So what lies behind Nitish Kumar's steadfast "maun" (silence)? I spoke to multiple leaders from his party, the Janata Dal United or JDU, and two Bihar-cadre officials who are close to the Chief Minister. They were unanimous that Nitish Kumar thinks the 'Agnipath' scheme is badly-drafted and completely ill-judged from the point of north India. By refusing to be critical of the violence, he is signalling to the BJP that the scheme should be withdrawn.

A Bihar-cadre official said, "Please understand that Kumar is walking a tightrope. He can't endorse this scheme, which has been rejected by the young men of north India. We in Bihar depend more on government jobs than any other state in the country. Does the BJP expect Nitish Kumar to celebrate angry voters while the opposition in Bihar is squarely on the side of protests?"

A JDU leader I spoke to said, "Nitish-ji is a seasoned administrator and is excellent at drafting (legislation); he feels the centre under Modi does no consultations and rams through poorly-drafted bills and schemes which are then roll backed (farm laws, Land Acquisition Act). The way the Agnipath (scheme) is being amended daily is proof that Modi leaps first and thinks later. Kumar misses his friend, the late Arun Jaitley, who had some competence in drafting law and policy."

Not entirely incidental is the fact that Nitish Kumar was spoiled and made much of by earlier BJP leaders. Both the PM and Amit Shah are curt with Kumar. 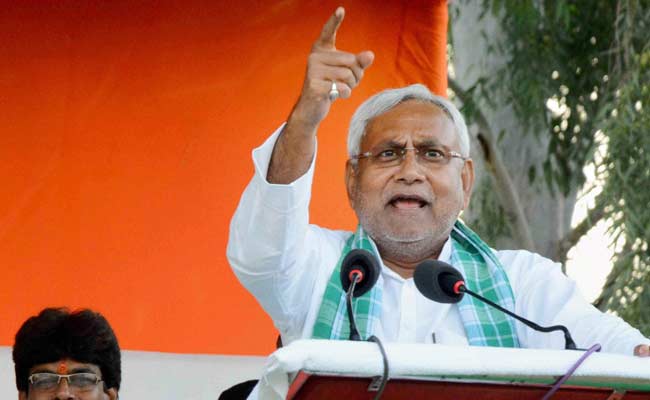 Nitish Kumar government has come under attack by Bihar's BJP chief Sanjay Jaiswal, whose home was vandalised by 'Agnipath' protesters.

Bihar has the second-highest number of unemployed youth in the country at 38.84 lakhs, according to a report by the Centre for Monitoring Indian Economy. Bihar, at 12.8 per cent of unemployment rate, is much higher than the national rate of 7.7 per cent. Most of these young people covet government jobs as private industrialisation barely exists in Bihar, contributing only 19 per cent to the state GDP. Many factories have shut down during Nitish Kumar's current tenure as Chief Minister. This is the genesis of Nitish Kumar's opposition to the 'Agnipath' scheme which he thinks will be a voter repellent.

The PM has also publicly turned down Nitish Kumar's oft-repeated demand of an exceptional economic package for Bihar. So, despite leap-frogging back in to the BJP's arms in 2017 (after a bitter break in their alliance), Nitish Kumar has never found the sweet spot with the PM and Amit Shah. Friction and public burns are par for the course. Nitish Kumar has mocked and criticised Amit Shah's recent comment that history can and should be rewritten. Nitish Kumar wanted a caste census which the BJP opposed - so he concocted "census lite" by teaming up with his Bihar opposition to announce that Bihar will in fact conduct a caste-counting exercise.

In recent week, Nitish Kumar ensured RCP Singh from his party had to quit as central Minister for Steel after denying a Rajya Sabha seat to him. Kumar even took away his Patna bungalow. Singh's crime? A Kumar confidante earlier, he has become close to the PM, apparently.

There is talk that two days ago, Nitish Kumar had a long conversation with senior Congress leader Kamal Nath, who urged him to leave the BJP.

Nitish Kumar has swayed away from the BJP and then returned to it because paramount is remaining Chief Minister of Bihar. Cooperation is subservient to mutual advantage. The threat of a breach has allowed both sides the power of negotiations. That may be more effective than actually calling it quits.

Opinion: Modi Sarkaar's Approach To 'Agniveers' vs Its Help To Super-Rich