This was the setting a couple of years ago: A newly-opened Thai restaurant in BKC where the swankiest corporate offices and poshest restaurants in Mumbai are located. I was with my children and we were there to celebrate a birthday. We'd asked for the cheque and were about to leave when we sensed something had suddenly changed. You know, it was like those electrifying moments when families on a jungle safari are in search of the elusive tiger, and are wondering where it's hiding, when there is a rustle - just a rustle - the shrubbery shakes, and the guide places a finger on his lips, while everyone freezes. It's that chilling second before the ferocious brute appears. You've been warned. And yet, when you come face-to-face with the predator, you recoil and wish you were anywhere but in that dark and dangerous jungle.

We watched stupefied as six Black Cats strode into the restaurant like they were in search of deadly terrorists holed up in Kupwara. We looked on with our best fake-blasé expressions in place - like we were totally used to menace, especially after polishing off a nine-course meal! But wait - the real entry, marney-wale folks, had still to walk in - and seconds later, they did. Of course, we stared and forgot all about being blasé. Who were these peeps? Mumbai is not Delhi. We are not accustomed to these sort of caricatures. I mean, people leave even Salman Khan alone when he has his latte at the neighbourhood coffee shop. I watched the staff at the Thai place all but turning somersaults as they escorted this lot to a private dining area, portly men in shiny suits with ladies in even shinier designer wear.

We asked the charming lady manager who these odd bods were, and she looked askance. Her voice was a hoarse whisper, "They are the famous builders - very, very rich people." We stupidly asked , 'Achcha....unka naam-vaam toh zaroor hoga, right?" She nodded but didn't dare utter it! Lined up outside was a cavalcade of limos with tinted glasses and some more commandos. Firang types. I doubt Mota-bhai travels with so much security detail.

Welcome to the whacked-out world of the Wadhawans - the DHLF guys, currently under investigation for a multi-crore fraud in the ongoing Yes Bank case. The same people who, till very recently, were considered THE party people of the PJ (Private Jet) society of India. One heard about the ultra-extravagant lifestyles of the Wadhawans, particularly that of the even more high-profile HDIL Wadhawans, Sarang and his father. Pictures of Anu, the doll-like wife of Sarang (better-known as Sunny), appeared regularly on Page 3. These two were the toast of Bollywood. They flew their glam pals across the world and dazzled investors into parting with their hard-earned savings.

'The Builders' as classy Mumbai describes people like the Wadhawans were certainly not on guest lists of people who count. Not that the Wadhawans cared. They had already bought their way into the inner circles of political parties. They wanted power. Not respect. As of now l, they have neither. The worst thing about these type of folks is how smoothly and comfortably they waltz back into polite society after doing time - that is, if they do time at all! What happens to these two Wadhawans (Kapil and Dheeraj) once the muck settles? That remains to be seen.

But I can never forget that Thai restaurant scene - it was straight out of a C-grade Korean movie of the 80s. Or an Amrish Puri starrer of the 70s. You know the one in which the baddies stride into a fancy joint, and the music stops. 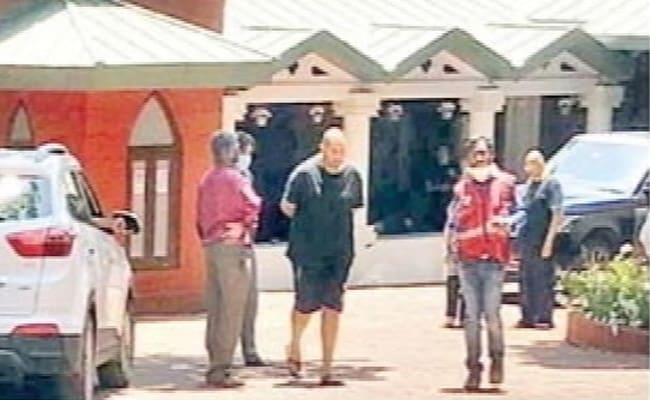 It is these same chaps who are being 'held' (if you please) at the St. Xavier's School in Panchgani - a genteel, salubrious hill station outside Mumbai. Their stay is being described as 'institutional quarantine' by the authorities. Cynics are already expressing doubts about the protocol in place and wondering if the two notorious brothers will do the skip yet again. Remember, they'd managed to beat the strict lockdown orders and zoom away in five cars after being asked to leave a rented resthouse in Khandala. This high-visibility cavalcade managed to cross five police check points without being stopped. The brazenness of their getaway is what stumps those who are naïve enough to believe there's one law for all. Given their well-known, high-powered connections, it is not at all surprising that 'on paper' they'd not broken any law - they had the required permissions in their pockets! Duly signed by Amitabh Gupta, an obliging IPS officer who was serving as the Principal Secretary Secretary (Special) in the Home Department. He has since been suspended.

By all means, suspend him. But that's not where the investigation into the sordid saga should end. Besides, Gupta has already opened his mouth and talked about taking orders from a powerful person - a higher up. Who can that be? Will the public ever know his/her identity?

What makes the mind boggle is the sheer audacity of the act. The Wadhawans must have been pretty sure they'd get away with such a wilful flouting of rules. Just like they have in the past. Well, had it not been for a conscientious sarpanch who spotted the entourage grandly driving up to a sprawling holiday home in the hills, under the pretext of attending to a 'family emergency', their jaunt would have remained undetected. It is just as well the Satara police acted swiftly and apprehended the big boys. Let us hope the FIRs filed against them are noted by their high-flying protectors and friends. Most of whom are equally iffy. 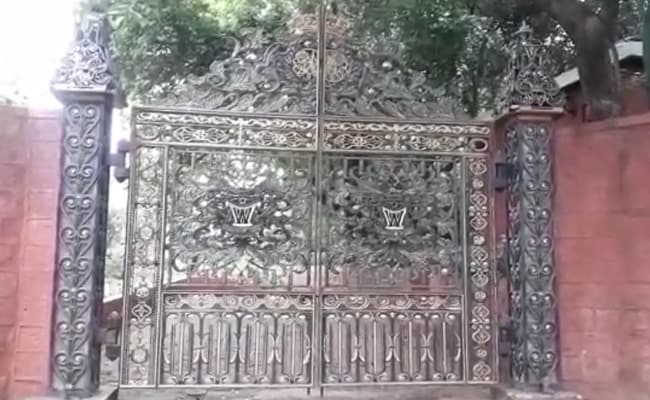 The farmhouse owned by the Wadhawans in Mahabaleshwar

Money speaks a language all its own. The Waadhwans perhaps know no other language. And have no need to know it, either. Watching the story being telecast across multiple news channels last night was our house help. He couldn't believe his eyes, and kept shaking his head. Like everybody else, our household has rejigged itself to the new lockdown realities, and nobody dares to step out citing bogus 'family emergencies'. The whole country is staying put! Even Salman Khan. I mean, imagine! Salman Khan is not getting into one of his SUVs and driving down from his farmhouse in Khandala to check on Salim Khan, his 84-year-old father! That's major!

I guess the Wadhawans overplayed their cards this time. Aadat joh hai! Bending the law can be addictive. People like them are hard-core addicts. I seriously doubt they have 'learnt a lesson'. For all we know, they must be furiously working the phone lines from those quarantine beds in Panchgani to try and identify one more co-operative bureaucrat and get the hell out of there. Who knows - a flying saucer may descend from the sky and whisk them away to the moon, where they may have already opened an office and started taking bookings.