For One Of India's Most Brazen “Honour Killings”, Justice Denied

Last week, Kausalya, 23, learnt with shock and bewilderment about the judgement of the Madras High Court on June 22, which so gravely undermined her courageous struggle for justice for her murdered husband Shankar. They were victims of what is incorrectly termed an "honour killing".

She, belonging to an OBC community, and Shankar to a scheduled caste community, were both students in an engineering college when they eloped on July 12, 2015, the day after her parents abused her and threatened that unless she ended the relationship, she would have to face consequences. On July 23, she was abducted by her family, put through black magic rituals, and again threatened and beaten. She was rescued three days later after Shankar filed a police complaint; she returned to her marital home.

A year later while they were waiting for a bus on a busy road in Udumalpet in Tirupur district, they were attacked. Shankar was hacked to death. Kausalya, who was left as dead, barely survived and was under treatment for six months.

In December 2017, the trial court ruled that the murderous assault was a conspiracy led by her father Chinnasamy, who hired killers to commit the ghastly crime. Evidence included electronic records of phone calls between him and the hired killers, him withdrawing cash to pay the killers, details of the motorbike used in the crime and so on. The killers, including Chinnasamy, made confessions. On the basis of the statements of the hired killers, the machete and knives used in the murder, the bloodied clothes were all recovered by the police. It was an open-and-shut case. At the centre of the case was Kausalya, just 19 years old, who fearlessly fought for justice for her murdered husband and who, in her two statements before the sessions judge and in the grueling multiple cross-examinations, stood firm in her detailed account of her family's violent reactions to her marriage, and in her accusation that it was her parents and maternal uncle who conspired and arranged for the killing of her husband and the grievous injuries suffered by her. She said she survived only by chance. The plan was to kill them both because of the crime of her marrying a Dalit and the "dishonour" it brought to her family.

Her father and five others were found guilty of conspiracy and murder under sections of the Prevention of Atrocities against SC and ST Act (POA) and were sentenced to death. Two others were sentenced to life imprisonment, and three, including her mother were exonerated. The State appealed against the exonerations. The convicts also appealed. 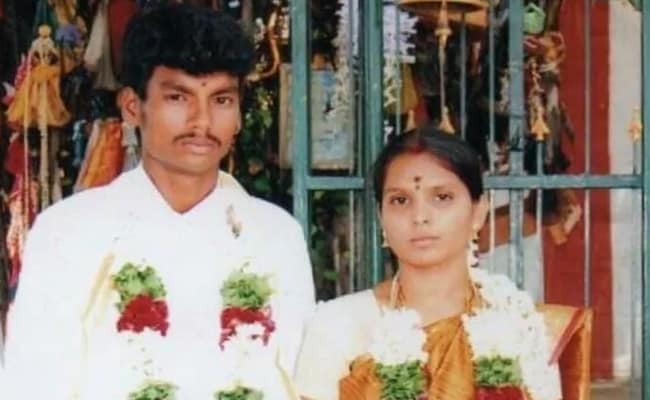 The High Court, in an extraordinary judgement, has exonerated her father, acquitting him of all charges, saying he was "roped in" on these offences; it has ruled that there was no conspiracy, decided that there is no caste factor involved in the crime, struck down charges made under the POA and also set a precedent by not bothering to find any motive for the crime. Thus, strangers can brutally attack a young couple, kill one of them and have no motive for the crime. The exoneration of the mother and others by the Sessions Court has been upheld. For those convicted of murder, the sentence has been reduced to life.

Most importantly, in the 311-page judgement of the High Court, the voice of Kausalya is absent. The evidence is looked at without any reference to the social context of how a girl would behave in the circumstances in which Kausalya found herself.

Those of us who have worked with survivors or the targeted victims of such "honour crimes" know only too well that that the couple would do everything to compromise and be able to live in peace. So, if Kausalya withdrew her complaints to the police, if she returned all the jewelry as demanded by her parents, if she did not pursue the complaint of abduction after she was reunited with her husband, it was only because she was not interested in taking revenge on her parents and because she wanted to live as the wife of the man she loved. But if a court takes this as evidence that the matter is settled, and as proof that there were no ill-feelings harbored by the parents against their daughter, it shows how far removed the courts are from lived social reality. If a court is unable, or unwilling, for whatever reason, to appreciate the power of the caste system among substantial sections of people, and how casteist feelings are the driving factor behind the most despicable crimes, in particular when a girl of a higher caste chooses to marry a Dalit, the courts will never be able to find the "chain of circumstances" or the "proof" of the crime. It can lead only to a travesty of justice.

This judgement underlines the urgent necessity of having a separate law to deal with such crimes because of the special nature of a so-called Honour Crime, placed in the intersection of the toxic caste system and that of patriarchal control over a woman and her sexual autonomy. Such crimes are committed generally by family members of the girl and their community, sometimes backed or even dictated by caste-based institutions like Khap Panchayats. This makes it all the more difficult to prove the guilt of those involved in the crime. In such circumstances, the voice of the survivor is critical in the evaluation of circumstantial evidence. Why would a girl accuse her own parents of murder if it were not true? In cases of "Honour Crimes", the burden of proof of innocence must shift to the accused.

I spoke to Kausalya the day after the judgement was reported. I had met her at the end of 2016 when she had recovered from her injuries. It was at a conference against untouchability organised jointly by the Tamil Nadu Front Against Untouchability and the All India Democratic Women's Association (AIDWA) which had been supporting her in her struggle. In these years, this brave young woman has tried to rebuild her life and, with the support of her in-laws, has married again. When I phoned her, she asked, "What is the basis of this judgement? Why was Shankar killed? Why was I attacked and left for dead? If my father is not involved, what is the motive for the attack? I will appeal against it to the Supreme Court. I must do this to ensure justice for Shankar. I cannot rest till then." The state government has declared it will appeal against the verdict. Kausalya has asked for help to get what she called "the best criminal lawyer" to help her in the apex court. The judgement has to be challenged.

In earlier times, the judiciary in such cases did not have to exercise themselves much. They just needed to refer to religious texts. More than 100 years ago, in March 1912, a Bombay High Court judgement ruled that a marriage between a Brahmin widow, Bai Kashi, and Jamnadas, a "Shudra", was illegal and that therefore, even though they had lived together for several years and had children together, later when he deserted her, she had no right to maintenance because the marriage itself was prohibited. Quoting from the Shastras, the judgement said "Yajnavalkya says that a son begotten by a Shudra on a Brahman woman becomes a Chandala, the most degraded of human beings, and therefore "outcaste to all religion." That is to say, he regards the progeny as something worse than illegitimate. Where a particular act is condemned as sinful, that is, as rendering the doer liable to absolute and inexpiable forfeiture of all religious and customary rights of the four castes, the necessary implication is that it is sinful and is therefore prohibited." (Bai Kashi vs Jamnadas Mansukh, March 1912). She was only 16 years old when her husband died; she later remarried and then was abandoned. We can only imagine how much she suffered and how hard her struggle for survival must have been. A marriage such as hers is referred to in the most derogatory terms in the Shastras, the "Pratiloma" marriage, meaning one which was against the natural order, retrograde and therefore vile, base and sinful, illegal, leaving her with her children, outcaste and reviled, too low even to be killed. In this understanding, Kausalya's marriage too was a form of a "Pratiloma" marriage.

This centuries-old abomination was legally overturned by the Hindu Marriage Act, piloted and passionately defended in the Hindu Code Bill debates in 1951 by Dr. Babasaheb Ambedkar. The Bill removed the condition that the couple must belong to the same caste to make the marriage a legal Hindu marriage. Ambedkar's proposal was met with the rage and fury of the entire Hindu orthodoxy who accused him like Syama Prasad Mukherjee, a current icon of the BJP, of wanting to "do away with the fundamental and sacred nature of Hindu marriage" or like Shri Sarwate, a follower of VD Savarkar, who said "The very basis of Hindu society is the caste system.. but in this Bill, it is said that there is no caste." Ambedkar, defending the Bill said, "People have been saying that Hindu society has been changing. The question that I want to ask is this. Is this change in the direction of progress or it is a change in the other direction?" As is known, such was the power of the orthodoxy that the Nehru Government compromised, postponed passage of the Bill and Ambedkar, true to his principles, preferred to resign.

But his sacrifice bore fruit. The reformed Hindu Marriage Act came into force in 1955, removing same caste as a condition for recognition of a Hindu marriage. Yet, so many decades later, marriages like Kausalya's and Shankar's constitute, according to the National Family Health Survey, less than five percent of the 11.5 per cent inter-caste marriages in India. While the numbers remain low, the violence against such marriages is increasing.

In 2010, the Supreme Court, alarmed by the increase in such cases, issued notice to the centre and eight state governments where such crimes were on the rise, demanding to know what steps were being taken to prevent such crimes. In the same year, on the basis of a draft prepared by the All India Democratic Women's Association, I had moved a Private Member's Bill in parliament against "Honour Killings" and as a draft for a separate law. In the debate in the Upper House, there was cross-party support for a separate legislation. Ten years later, with strong lobbies of caste-entrenched politics, there is a glaring absence of the political will to make such a law.

We do not have an Ambedkar in the cabinet today. On the contrary, we have upholders of the Manuvadi beliefs that Ambedkar fought against. India deserves better. Kausalya deserves better. Her fight for justice is the fight for the right of all young people to choose their own partners, regardless of caste or creed. Her fight is for the right to a peaceful life against caste-driven violence such as what she faced at the hands of her own family. Her fight is for the right to a law which will make the path to justice easier.

Opinion: Grab The Popcorn - The Ambani Vs Adani Rivalry Is Heating Up