Vaccine Best Weapon Against Covid And Its Secondary Effects

The Covid-19 vaccination rollout has gained momentum in many parts of the world, increasing hope - despite hotspots in India and elsewhere - that we have the tools to tame the virus and the pandemic. But even in places such as the U.S., where mass inoculations have helped bring down infections, hospitalizations and deaths, significant patches of the population still say they have no intention of ever getting a shot.

The problem with choosing not to take a vaccine goes far beyond personal protection; it's also about protecting our communities so we do not have to go through the secondary, but very serious, effects of the pandemic again - quite apart from the inconveniences of lockdowns. I am talking specifically about the toll it has taken on people who delayed doctor's visits, screenings and treatments and may have missed early diagnoses of diseases such as new or recurrent cancer, allowing conditions to fester. 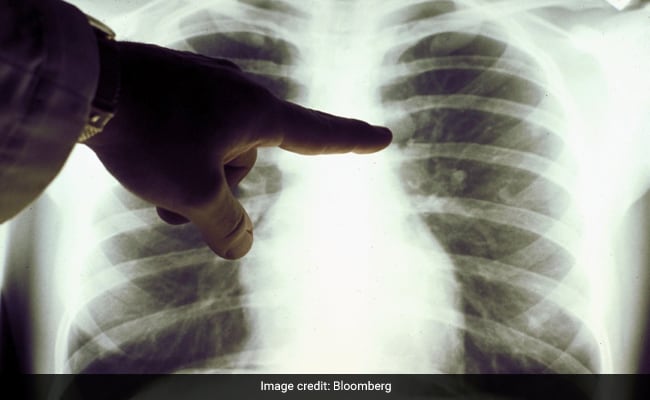 A U.K. study by Cancer Research U.K. and Cardiff University found that 45% of those with potential cancer symptoms didn't seek medical advice between March and August of 2020.

The evidence of this was clear in the latest round of earnings calls by some of the biggest pharmaceutical companies, which have a ground-level perspective on changes in care because of the treatments they offer for cancer and other diseases. Here are just a few examples:

GlaxoSmithKline Plc: The British drugmaker found that since last summer (the third quarter), debulking surgeries - procedures used to reduce tumor masses in ovarian-cancer patients - had fallen 20%, which impacted the number of patients initiating chemotherapy, according to Luke Miels, president of global pharmaceuticals. That in turn had a knock-on effect in reducing the use of its drug Zejula, which is used in patients after they have had surgery and chemotherapy with a significant survival benefit.

Merck & Co.: "In oncology, since the start of the pandemic, there has been an unfortunate reduction in the level of cancer screenings, which has resulted in fewer patient diagnoses and reduced new patient starts for many oncology agents, particularly in areas like lung cancer," noted Frank Clyburn, executive vice president of human health. This impacted the use of Merck's most important drug, Keytruda, which has breathed new life into the therapy of many cancers by unleashing the patients' own immune system to attack tumors.

AbbVie Inc.: The drug giant cited "lower new patient starts" in treating chronic lymphocytic leukemia (CLL), with the market remaining "below pre-Covid levels." CLL is a slow long-term blood cancer that has a high response rate to drugs such as AbbVie and J&J's Imbruvica and AstraZeneca Plc's Calquence.

Further, a U.K. study by Cancer Research U.K. and Cardiff University found that 45% of those with potential cancer symptoms didn't seek medical advice between March and August of 2020. Combined with the disruption to routine cancer screenings caused by the pandemic and delays such as those described by the drug giants, these findings suggest there could be a longer-term health impact, with a potential higher incidence of cancer including late-stage cancer for years to come - all stemming from those crisis months of 2020.

The good news, for the drugmakers but also public health, is that the pharmaceutical companies said they expected that rates of diagnosis and treatment would return toward pre-Covid levels as vaccinations helped to reduce the health threat, allowing a return to more normal routines such as checkups. But the grim pandemic statistics are a reminder of what's at stake in the virus fight and the wider health risks that any fresh outbreaks of Covid-19 would pose.

The bottom line: For the love of your family and friends who are at risk of cancer and other serious diseases, if not your own protection, go and get yourself and your family vaccinated as soon as possible. This is the best weapon we have against the pandemic and its plethora of secondary effects.