By A 99.3 Per Cent Verdict, Demonetisation Was a Farce

In the chaotic final months of 2016, angry citizens were slamming the Reserve Bank of India by calling it the "Reverse Bank." It's taken Governor Urjit Patel, who had only recently stepped into the top job, almost two years to reassert his authority and reestablish the institution's credibility with a couple of notable successes just this week.

Ridicule flew thick and fast after Narendra Modi's November 2016 demonetization, for which Patel was a reluctant point man. The decision to outlaw 86 percent of the country's cash was political, but the responsibility for taking back the suddenly worthless notes and issuing a rationed trickle of new ones to snaking, impatient queues at teller counters and ATMs fell to the central bank. The RBI issued guidelines; scrapped them; made new ones, only to roll them back again. The opposition Congress Party accused it of changing the rules around withdrawals and deposits 126 times in 43 days. Hence the unflattering moniker: the Reverse Bank of India.

Even before the cash crunch could ease, supporters of demonetization started extolling the virtues of canceled currency. Since one of the stated goals of the exercise was to immobilize "black money" - wealth gotten illegally or by avoiding taxes - people wanted the RBI to reveal the exact amount returned. When Patel told a parliamentary panel last July that the central bank was still counting the old notes, he became the butt of social-media jokes and memes.

Finally, on Wednesday, the RBI governor stopped counting - and began his own reckoning. The central bank's annual report showed that 99.3 percent of the banknotes were returned. Prime Minister Narendra Modi's government is even now trying to put on a brave face. But when you freeze agriculture and small businesses with a liquidity shock, put people through unnecessary hardship, disrupt supply chains, and destroy demand for everything from autos to property, the end result can't be such a gigantic anticlimax: 107 billion rupees ($1.5 billion) weeded out from a $2.5 trillion economy.

By coming clean about the doomed experiment, Patel has put an end to dangerous talk that the central bank would give the government a $45 billion fiscal bounty by reneging on its debt to holders of banknotes. The annual report still counts the unreturned $1.5 billion as a miscellaneous liability. The central bank is thus drawing a line between its promise to pay the par value on its liabilities, and the actions of the government, which has made it a punishable offense to hold the banned notes. Even at a press conference just a month after the note ban, when Patel faced the embarrassment of defending a monetary upheaval that wasn't of his making, he flatly refused to manufacture a special dividend for the government just because the outlawed banknotes had stopped being legal tender. 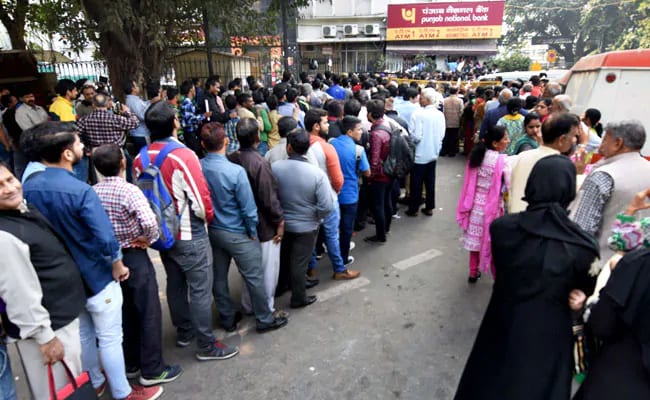 RBI's annual report showed that 99.3 percent of the banknotes were returned.

A damning, conclusive verdict on demonetization hasn't been Patel's only assertion of independence this week. In a victory for the RBI's February order to banks, asking them to either restructure their nonperforming assets by Aug. 27 or take borrowers to insolvency tribunals, a court has refused to give stranded power projects a reprieve from bankruptcy.

If the Modi government doesn't want electricity producers to sell assets for scrap value in liquidation, it will have to direct the RBI to change its order using emergency powers. New Delhi will think twice before contradicting Patel's uncompromising stance for two reasons. One, the opposition parties, gearing up for next year's general elections, would pounce on it for shielding industrialists. Two, overriding Patel would only prove his point that the RBI isn't allowed to wield the regulatory stick over state-run lenders, which are sitting on 90 percent of nonperforming assets.

However, now that he's found his fighting spirit, Patel needs to direct some of it at India's powerful private-sector bankers, too. There's no running away from the fact that one of the RBI's biggest failures has been its inability to get to the bottom of the conflict-of-interest allegations against ICICI Bank Ltd. CEO Chanda Kochhar, who's now gone on leave pending an external probe. The U.S. Securities Exchange Commission seems to be taking whistle-blower complaints against the bank more seriously than the RBI.

Still, it's not all kid gloves. Shareholders of Yes Bank Ltd., for instance, are a tad nervous. The bank's long-time CEO Rana Kapoor, whom they rewarded with another three-year term in June, is yet to get the central bank's blessing. The deadline is this week. Among peers, Yes has the highest proportion of disputed bad debts, as measured by the divergence between what the lender discloses in financial results and what's revealed later by asset-quality reviews by the central bank.

If the RBI's tough stance against another term for rival Axis Bank Ltd.'s CEO is anything to go by, it's time to retire the jokes about Patel counting notes, and pay more attention to his bank cleanup drive.