Balochistan Was Waiting To Be Used As Propaganda. Modi Seized It.

Perhaps he knew it all along. On Independence Day, Prime Minister Narendra Modi delivered a 100-minute long speech, but the resultant coverage and debate has centred on his reference to troubled regions that are in Pakistani control but disputed internationally, or part of Pakistan but with a contested sovereignty domestically. There were three proper nouns Modi used and it is important to understand the context of each.

First, he spoke of Pakistan-Occupied Kashmir, a part of Kashmir in Pakistani control since 1947. Following the accession of the kingdom of Jammu and Kashmir in October 1947, it belongs to India. Indian maps show it as such. Since 1965, successive Indian governments have been willing to write off Pakistan-Occupied Kashmir and convert the line dividing it and the Kashmir Valley (the Line of Control) into an international border - whether a hard border or, as has been suggested over the past 10-15 years, a soft border permitting trade and movement of peoples.

Yet, Modi was also wrong. While not part of the cultural and social expanse of Kashmir and so not part of Pakistan-Occupied Kashmir in that narrow reckoning, the Northern Areas were a part of Hari Singh's kingdom and legally acceded to India in 1947. As such, Gilgit-Baltistan is a segment of Pakistan-occupied portions of the former kingdom (or the current Indian state) of Jammu and Kashmir.

Third, Balochistan is in a class by itself. In 1947, it existed as a frontier region comprising a clutch of kingdoms and some territory under the suzerainty of Oman, an Arab kingdom that was an ally of the British Raj. The biggest Baloch kingdom was the Khanate of Kalat. While it acceded to Pakistan, allegedly following promises by Mohammad Ali Jinnah that were never kept, Kalat had never quite been part of British India. Its position vis-à-vis the Raj was not very different from that of Nepal. As such, if Nepal is not part of India, there is logic to suggest that Kalat should not be part of Pakistan.

Certainly the former royal family of Kalat, members of which live in London, still fancy their claims. Another princely state was Las Bela, with its capital city, Bela, famous for not having had a European visitor between Alexander the Great and the British in the 19th century. Alexander visited Balochistan on his way home from India and is believed to have boarded a ship from the Makran Coast, near today's Gwadar. 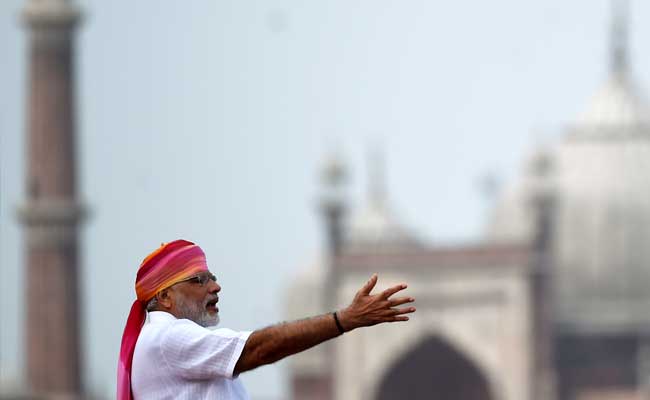 PM Modi spoke about Balochistan, Gilgit-Baltistan, and PoK in his Independence Day speech

Gwadar itself was ruled by Oman and sold to the Pakistan government in 1958. The idea was to build a deep-water port as an alternative to Karachi. This is a dream the Chinese have finally fulfilled for the Pakistanis, but more of that later.

The transnational region of Baluchistan extends to Iran and Afghanistan. Sistan-Baluchistan is perhaps Iran's most forbidding province. India has a consulate there in the city of Zahedan and this consulate was very useful when India and Iran collaborated to help the Northern Alliance in the 1990s. At that stage, the Taliban, the Northern Alliance's adversaries, were in control of Kabul and much of Afghanistan, and the Pakistanis and even the Americans were attempting to mainstream them.

The Zahedan consulate was the subject of a propaganda offensive by Pakistan's generals and the Inter-Services Intelligence about 20 years ago, when they planted stories among then friendly (now unfriendly) American analysts as to how India was allegedly using Sistan-Balochistan as a base to destabilise Pakistani Balochistan. That was nonsense because India's interest was actually in Afghanistan. In any case, Iran would not allow its territory to be used for games in the broader Balochistan area. Today, India's interest in Iranian Balochistan lies in the Chabahar port.

Balochistan is divided between nations by the Goldsmith Line. This is yet another of those whimsical boundaries drawn by colonial officials, much like the Durand Line and the Radcliffe Line, and often not taking into account ethnic and socio-economic continuities. The Baloch are not Persians, not Pathans, not Punjabis and not Sindhis. They see themselves as distinct and have been a disaffected minority in all three countries. In Iran, the Baloch are a Sunni minority in a Shia country, adding sectarianism to ethnicity.

In the 1970s, Saddam Hussein and Iraq sent weapons to Iranian Baloch rebels. In later years, after the Iranian Revolution of 1979, the Baloch rebels built networks with American intelligence agencies, so it is believed. While Iranian and Pakistani Baloch tribal identities differ, there are plenty of powers lighting plenty of fires in those deserts. In the Hamid Karzai years, the Pakistanis accused Karzai's Pasthuns of aiding the Baloch rebellion against Islamabad.

The Baloch frontier between Pakistan and Afghanistan encompasses the Bolan Pass, perhaps even more evocative than the Khyber Pass. It was this "long route" that the Army of the Indus, the troops of the British Army and the East India Company, took to invade Afghanistan and begin the First Afghan War of 1839. Thus began two centuries of futile Western attempts to pacify Afghanistan.

While this potted history is fascinating, why is it of relevance here? There are two reasons. One, Balochistan is hardly a settled and peaceful region, fully integrated with Pakistan. Rawalpindi's generals have been brutal with Baloch rebels. Highlighting this embarrassing and precarious underbelly of Pakistan would do India no harm. It was a political propaganda instrument waiting to be used.

Two, all great powers seem to be predestined to flirt in these parts - the British and the Americans, the Russians and now the Chinese. The China Pakistan Economic Corridor runs from Xinjiang in western China to Balochistan. It enters Pakistani-controlled areas in Gilgit-Baltistan and is creating infrastructure that appears to have decidedly military purposes in Pakistani-Occupied Kashmir. This is integrating Chinese and Pakistani frontiers to India's detriment. It is a new type of "strategic depth".

China's entry into Balochistan and Gwadar gives it access to the Indian Ocean and the Arabian Sea to India's west. It allows China a determined South Asian presence and challenges India's maritime security as nothing has since the Europeans arrive 500 years ago. India cannot sit quiet. If nothing else, it has to make a noise. That is precisely what Narendra Modi is doing.

(The author is distinguished fellow, Observer Research Foundation. He can be reached at malikashok@gmail.com)