Ashok Gehlot, the Chief Minister of Rajasthan, is universally called the "jaadugar" (his father was a magician) and last evening, at a surprise meeting he called of all MLAs, he guaranteed what many would consider an act of magic - he said he would take care of Rajasthan even if he is in Delhi. The implication was that if the Congressman is made to head the party, as has been urged by current chief Sonia Gandhi, he will not surrender his turf - especially not to rival Sachin Pilot.

Ashok Gehlot is 71; Sachin Pilot, once his Deputy, is 45. The latter was promised, when the Congress won the state in 2018, that the job of Chief Minister would operate on a time-share between him and his senior. That has yet to happen - and Rajasthan will vote next year for its next government. Ashok Gehlot is determined that Sachin Pilot will not serve as the state's top boss for any portion of that time. So if he becomes President, he wants a proxy to be named Chief Minister. 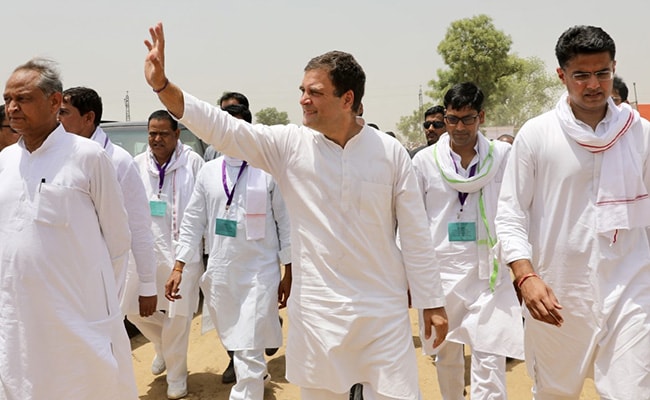 It was to establish his control over Rajasthan that he called a meeting last night of all MLAs. The timing was opportune - Sachin Pilot was away to Kerala for the 'Bharat Jodo Yatra' led by Rahul Gandhi. After meeting with Sonia Gandhi today in Delhi, it will be Ashok Gehlot's turn to join the march.

Two days ago, Sachin Pilot called on Jagdeep Dhankhar, the Vice President, who comes from Rajasthan. The next day, Ashok Gehlot promptly organised dinner for him. Their legendary rivalry is peaking as a possible change in jobs appears for both men. 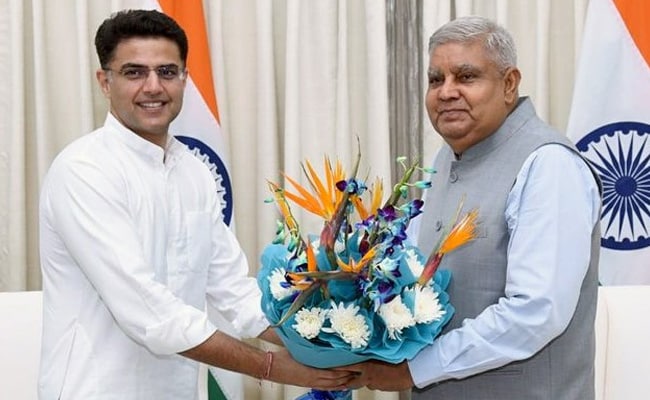 Shashi Tharoor, who met Sonia Gandhi two days ago to inform her that he would like to run for President, met with her daughter Priyanka Gandhi last evening. The Congress is set for an election for its top post after two entire decades. Sources close to Shashi Tharoor told me that he did not meet Sonia Gandhi for "permission" or a "green light" but to discuss free and fair elections. Shashi Tharoor apparently found Gandhi "supportive", underlining that she would not put forward an "official" candidate but would remain "neutral". However, it is a well-known fact that Sonia Gandhi has been urging Ashok Gehlot to take on the role of President, which means that he is seen as the Gandhis' candidate.

But from Ashok Gehlot to Shashi Tharoor, everyone is publicly ready to step aside for Rahul Gandhi, who is leading the "Unity March" of the party. He has publicly refused to comment on whether he will step up as President but sources say that privately, he has made it clear that he will not accept the job. 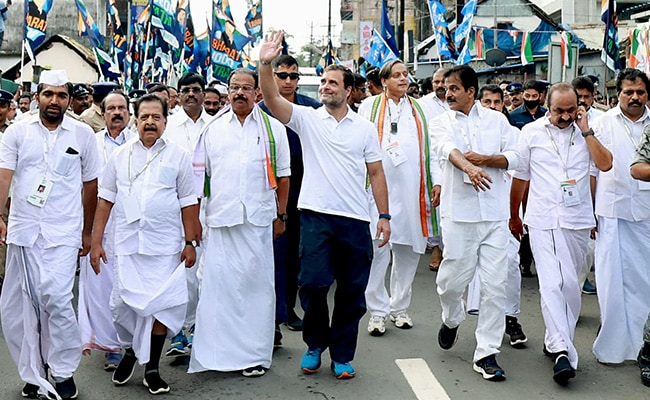 MLAs close to Ashok Gehlot told me that he will make one final attempt to change Rahul Gandhi's mind when they meet on the yatra and then, ostensibly to "save the party", he will file his nomination to run for President. The Chief Minister has made it clear that he is a more-than-reluctant candidate, saying that he "will accept whatever the party asks of him." Ashok Gehlot is a shrewd leader, trusted by the Gandhis; when Sachin Pilot attempted to split the Congress two years ago, it was Ashok Gehlot's political smarts that rescued the day. Sachin Pilot's supposed supporters were weaned away from him till the young leader was left isolated and had to return to the mothership after a disastrous attempt at a coup in Rajasthan. Ashok Gehlot worked closely with Rahul Gandhi in the last election in Gujarat where the Congress managed to give the BJP a fright, though the state was retained by the BJP. Most importantly, Ashok Gehlot has huge organisational skills and a connect with party workers as he has handled a lot of party jobs. He also has an excellent equation with big corporates which the Congress, which is broke, could benefit from.

On the other hand, Shashi Tharoor has been a silent member of the G-23, the Congress group of dissenters who wrote many letters to Sonia Gandhi demanding an overhaul of the Congress. Two G-23 founders, Kapil Sibal and Ghulam Nabi Azad, quit the Congress after making acerbic personal attacks against Rahul Gandhi. 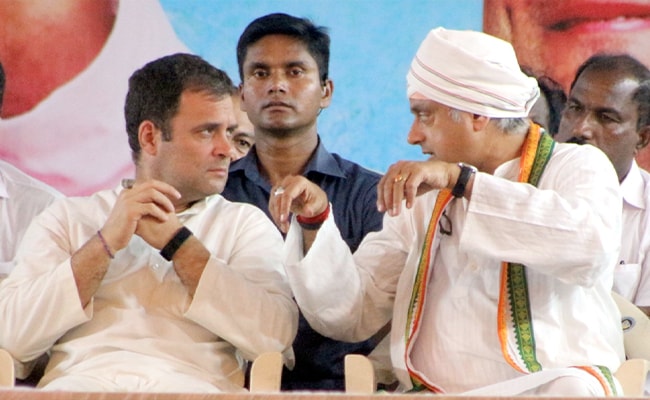 Shashi Tharoor was drafted into politics by Sonia Gandhi and has been elected from Thiruvananthapuram to the Lok Sabha since 2009. He is a well-known writer and an outstanding public speaker. He is a mascot for urban India but does not have a base of workers. Kerala, his own state unit, does not support him and has, along with ten other states, passed a resolution asking for Rahul Gandhi as President.

The last non-Gandhi president of the Congress was Sitaram Kesri in 1998, who was replaced by Sonia Gandhi; she is the longest-serving President of the party. The Congress, or those who remain after a steady trickle of defections, are mawkish about the Gandhi family. Sources told me that Rahul Gandhi has a vision which sees him as setting the agenda and ideology of the Congress, while the President would provide organizational support and logistics. Pretty much the current arrangement where Rahul Gandhi calls the shots behind-the-scenes while his mother Sonia acts as a rubber stamp.

How much all this cosmetic surgery will help the Congress decline is debatable. From leadership to organisational changes, everything is in Do Not Disturb mode. So Ashok Gehlot will be happy to be President, just don't make Sachin Pilot his successor. The younger leader, meanwhile, is determined to fight for his dream job.

Opinion: From Windsors To Ambanis And Tatas, 5 Big Rules For Family Businesses