Ahmed Patel, victor of the grudge match with the normally unstoppable Amit Shah said yesterday, "Only two men are running the country" in a reference to his bête noire who chiefs the BJP. Patel, who is political secretary to Congress president Sonia Gandhi, said this at the 16-party opposition meeting as a way of urging others to end the monopoly of power.

Simultaneously, at a parallel meeting, Shah was instructing 30 senior BJP senior leaders including several union ministers on how to win 2019 with immediate steps to increase the voter base of the party. As that happens, expect a rise in communal temperatures as the BJP uses its patented brand of minority-baiting to grow its political base.

While the opposition was delighted at the outcome of the West Bengal civic election where Chief Minister Mamata Banerjee swept the civic elections yesterday, winning 140 out of 148 wards, the BJP was a distant second - the gap was uncomfortably large for Shah, who has pledged to intercept Mamata in Bengal, but the six seats the party won would have been unimaginable even two years ago. The Congress drew a blank and the Left Front got a single seat, establishing that the BJP is quickly growing into the main challenger in Bengal.

While the results may have been less impressive than Shah is used to, he rolled out at his meeting in Delhi what's being called Mission 350+ for 2019. The last general election was fought by the BJP pronouncing Mission 272. Shah is demanding a major expansion.

He  told core members of the BJP including eight ministers that they need to focus on new catchment areas for the BJP including 150 new seats across West Bengal, Odisha, Karnataka and Kerala. Even Tamil Nadu is on Shah's radar - he wants the BJP to benefit, possibly piggyback, on the merger of the two factions of Jayalalithaa's AIADMK with a high-profile role for superstar Rajinikanth, who has made it clear that he's finally crossing the threshold to become a politician.

The expansion of the BJP in the thus far impenetrable citadel of Tamil Nadu is being personally handled by Prime Minister Narendra Modi - hence the frequent cosy meetings with EPS and OPS, the leaders of the two wings of the AIADMK who appear to be closing the deal for their reconciliation.

In other states especially Kerala and Bengal, the BJP will rely heavily on its tried and tested communal agenda, inciting or exacerbating Hindi-Muslim unrest with pro-BJP media and daily hashtags propagating a carefully-crafted narrative spun by BJP Central. 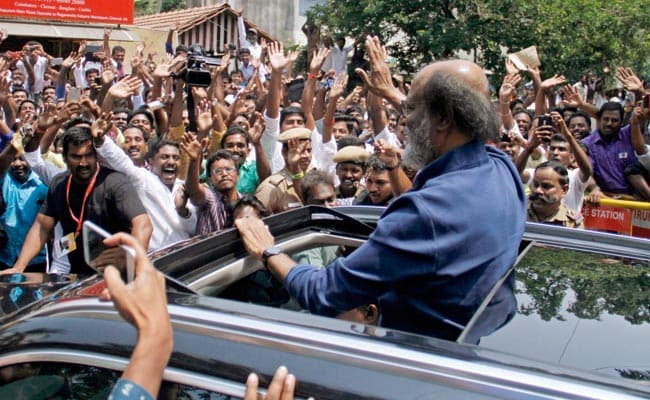 Shah, with his grasp of real politiks, is aware that the BJP has approached saturation point in the North - it would be tough, for example, to beat the 2014 catch of 73 parliamentary seats in Uttar Pradesh. The BJP has wiped the floor with the Congress which now barely rules six percent of India's population and does not exist in the north except in Punjab. Yet, voter fatigue is apparent in Madhya Pradesh where the Congress won three seats yesterday in  the by-poll of the Mandsaur district, where seven farmers died in police firing in June this year. Despite the BJP winning the rest of the civic elections, Shah is rushing to take stock of Madhya Pradesh. Sources say he's well aware of the anti-incumbency that the party must contend with after 20 years of governing the state. Similarly, Rajasthan and Haryana have hardly been shining examples of "good governance" with the BJP government's not really on a winning streak with voters. In Maharashtra, where Chief Minister Devendra Fadnavis delivered strong results in civic elections but is seen as having mishandled farmer distress, Shah is managing the situation by tacitly coopting Sharad Pawar of the Nationalist Congress Party (NCP). Pawar, an astute political weather vane, is now in an unannounced alliance with the BJP.

Shah told the party yesterday that in Bihar, the BJP with allies won 32 of 40 seats in 2014; with Nitish Kumar now appropriated as a partner, the state is safe. Gujarat, despite Shah's declaration of  Mission 150 and the effective split in the Congress in still not entirely in the bag, so Modi will make nearly weekly trips till the state votes for its next government.

All ministers have been tasked with delivering a cluster of five Lok Sabha seats each. Flush with record funds (nearly 74 percent of corporate donations from known sources, around Rs 768 crores, as revealed by the Association of Democratic Reforms), the BJP has commissioned three different agencies to carry out near-weekly pan-India surveys. This apart, the party is also habitually conducting informal surveys monitored by Finance Minister Arun Jaitley. 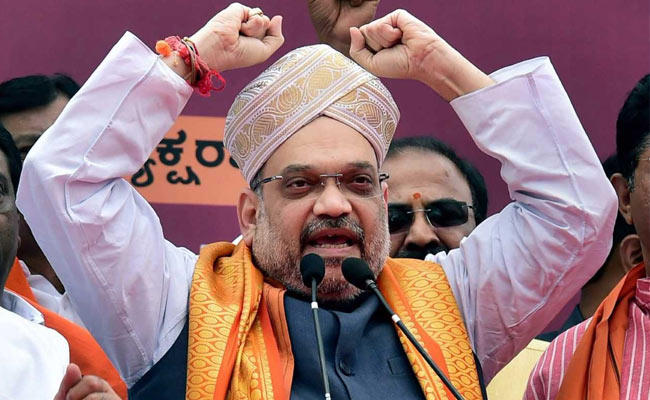 Shah has very quickly and effectively annexed new terrain in the North East without the bother of winning elections - like in Manipur. The party breaks the Congress, then supports the spin-off group all the way into power. The BJP's rising graph in the North East is directly attributable to Himanta Biswas Sarma who defected from the Congress and first delivered the prize of Assam. Some clever shenanigans ensured that the BJP also formed the government in Arunachal Pradesh.

The big question in this push for new electoral space is how the BJP will reconcile its agenda with popular mood-such as its insistence on Hindi being the national language, widely opposed in the South, or the forcing of a strict anti-beef ban in Kerala, West Bengal and the North East, where beef is an important part of both diet and culinary culture.

So far the party has just tried to finesse the contradictions and dichotomy - but it cannot gloss over the problems indefinitely. A senior Congress leader who asked not to be named, said "Shah keeps talking of a Congress-mukt Bharat, but all that he has done is transform the BJP into a more aggressive and electorally successful Congress." The problem is that the Congress, even now, doesn't see the flaw in its defense, dismissing the success rate and the indefatigable fighting spirit of Modi-Shah as something it could own, if it wanted to. Any day now.

Disclaimer: The opinions expressed within this article are the personal opinions of the author. The facts and opinions appearing in the article do not reflect the views of NDTV and NDTV does not assume any responsibility or liability for the same.
Comments
Amit ShahMission 350Swati Chaturvedi

India Has Emerged As A Climate Champion, But Will It Lead?