There was a magic realist moment on the fifth day of the last Test when a butterfly mistook Cheteshwar Pujara in his stance for a tree and tried to settle on him. Josh Hazlewood, had to pull out of his run-up and run in all over again. This inspired an angry bouncer that thudded into the side of Pujara's helmet. "Did you see that one?" asked Hazlewood. It was a rhetorical question so Pujara said nothing. A lesser man might have answered in kind. He might, for instance, have asked Hazlewood if the Australians had seen enough of him at the Gabba.

Hazlewood's captain, Tim Paine, had sledge-menaced Ravichandran Ashwin with "see you at the Gabba" during his match-saving partnership with Hanuma Vihari at the SCG. Australia hadn't lost in Brisbane since the last Ice Age and there had been talk in the media of an Indian reluctance to play at the 'Gabbatoir', a fast, bouncy pitch that became unplayable as cracks opened in its sun-baked earth on the fourth and fifth days of a Test. And yet, here was Pujara, on the last day of a long, exhausting series, strokeless, but unmistakably there, for Hazlewood and Cummins and Starc and Paine to gaze upon. 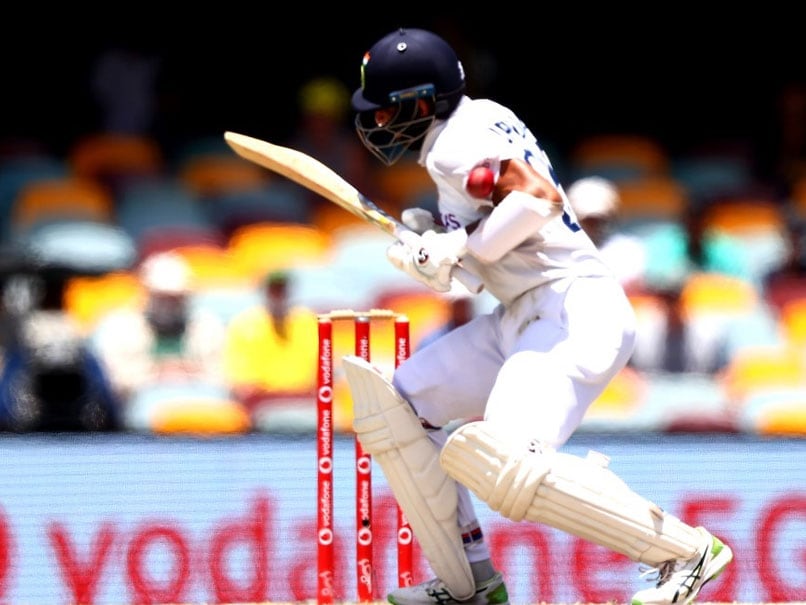 Pujara and Ajinkya Rahane, his stand-in captain, were the only two members of the Indian team who played all four Tests. On the morning of the fourth Test, India took the field without its two best bowlers, Bumrah and Ashwin, who joined Mohammad Shami, Umesh Yadav, Ravi Jadeja, KL Rahul and Kohli in a growing list of unavailable first choice players. They had been replaced by a repurposed opening batsman and a bunch of net bowlers. If the series had stretched to a fifth Test, Sunil Gavaskar might have opened for India in the contest that bore his name.

By the time he was out, Pujara had accumulated his slowest fifty ever but his run rate didn't matter. His principal function was passive resistance, the non-violent leaching of Australian hostility. Gandhi cared nothing for cricket but he would have liked Pujara; he would have recognized him for the satyagrahi that he is, stoically absorbing physical punishment in the sacred cause of batting forever.

With one end permanently occupied, India's other batsmen produced a fourth innings run chase so unlikely that you couldn't have smuggled it into a fairy tale. They were building on an even more improbable bowling performance where five bowlers, with four Tests between them, dismissed Australia twice to keep the target down to 328, a mere 92 runs more than any team had ever chased down at the Gabba before. 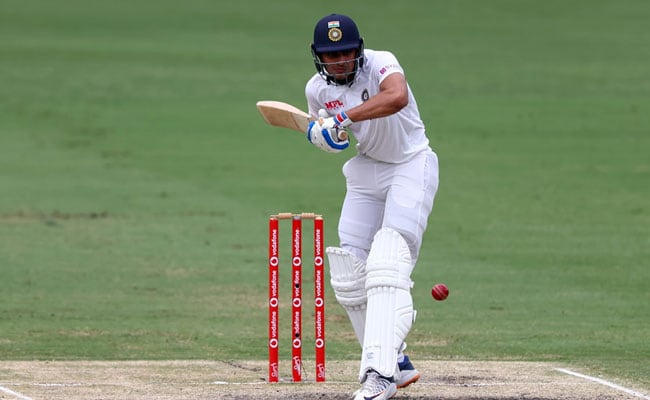 Shubman Gill set up the chase by scoring a rapid 91. Pujara contributed very little by way of runs to the partnership but he bought time for Gill to score enough for both of them. Gill made his runs in a way to which desis can't wait to grow accustomed: with godlike composure and time to spare. The Shubman Scythe, his force off the back foot with an angled bat through point or cover, is already a signature shot. The sequence of a six and two fours that he hit off consecutive balls bowled by Starc has become, in the space of a day, the stuff of folklore. When he left, caught as he always is, off his outside edge, India was still nearly 200 runs behind Australia but he had reduced impossible odds to gettable glory.

Enter the captain who made it clear that Gill's innings was part of a game plan, not just individual fireworks, by striking 24 in better-than-even time and then ensuring that the momentum was sustained by promoting Pant to see if he could reprise his storming 97 in Sydney. And of course he could. The Man Giggler of Kumaon first played Lyon with unnatural and orthodox respect, then let the mask slip and reverted to type, mixing wonderfully orthodox cover drives with berserker on-side hitting. 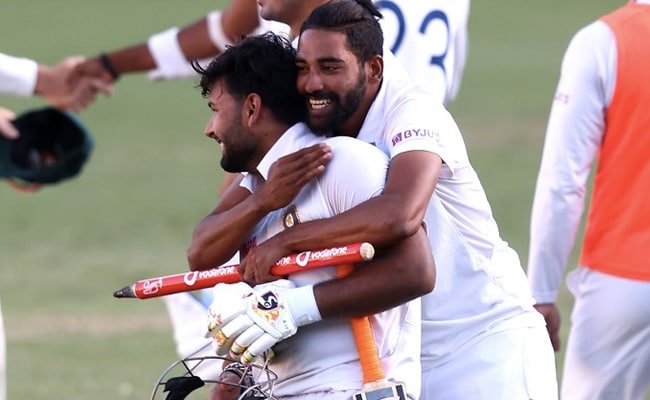 But the shot of the day was played by neither Gill nor Pant; that distinction belonged to the most unlikely player on either side: an opening batsman turned off spinner turned all-rounder. Washington Sundar, having taken four wickets in the match and having co-produced, with the indomitable Shardul Thakur, the first innings partnership that set up the game for India, hadn't finished with the Australians. Not for him the easy harvest of runs from the Australian attack's supporting cast; no, nothing but the best would do for Sundar.

As Pat Cummins, the greatest fast bowler in contemporary cricket, lined up Sundar's head with a rearing bouncer too quick and too close to the body to hook, our cramped-for-room hero swivelled on one planted foot and smacked the ball backward of square into the stands. Six. It was the perfect Nataraj shot, pioneered by the great Kapil Dev and flawlessly executed by Washington Sundar, an unconscious tribute from one nerveless cricketer to another. Sundar's sliced drive for four, off the same bowler the very next ball, was the match, the one-two punch that pushed the Indians headlong towards victory. Pant was declared the man of the match to general acclaim but Shardul Thakur had a claim to that title as did Gill, Mohammed Siraj and Sundar, and as did the dean of batting barnacles, Pujara. Talk of team effort: never has that cliché about the whole being greater than the sum of the parts been so obviously true. 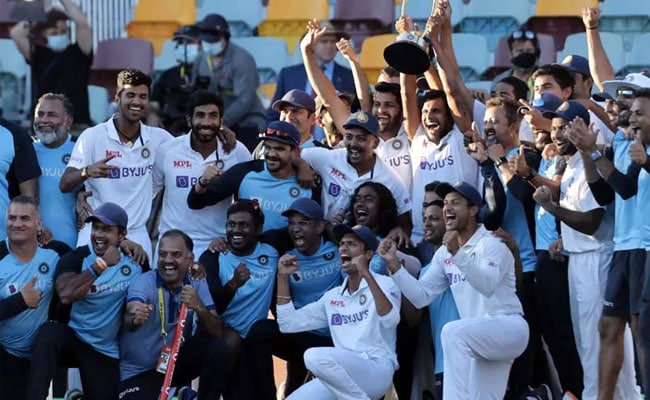 India won the fourth and the final test of the series in Brisbane, with three wickets, clinching the series 2-1

The newspapers have been full of the rousing backstories of India's novices: their journeys out of poverty, their personal tragedies, their sacrifices. We should be careful not to patronize their purely cricketing achievement by sentimentalizing it, but it's hard not to be moved by the human dramas that came together in this crescendo of a contest. Deprivation out of Dickens met magic out of Marquez and derring-do out of Wodehouse's schoolboy stories to make a Test match for the ages. For five blessed days, there was joy in the time of Covid.