Over 3.6 million views for this 'boss bride' 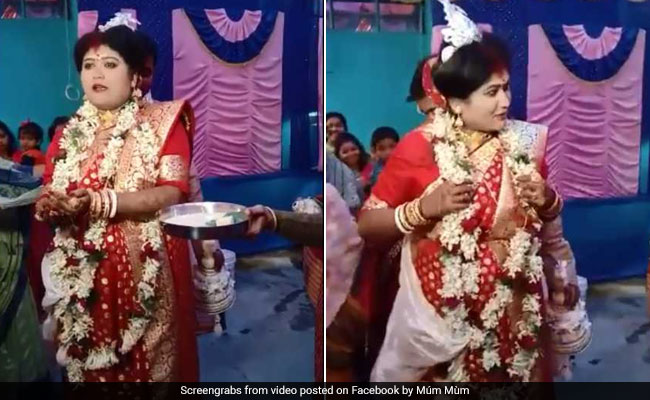 This bride is winning hearts online, and her video has gone viral with over 3.6 million views.

A Bengali bride is going viral on the Internet for shattering stereotypes and challenging age-old customs. A video that has garnered over 3.6 million views on Facebook shows her rejecting the role of the demure bride during her 'vidaai' or farewell by refusing to cry while leaving her parents' home. She also refuses to perform the Kanakanjali ritual, where the bride tosses a handful of rice over her head to signify she has 'repaid her debts' to her parents.

Instead, this bride takes the handful of rice and puts it aside while saying that one's debts to their parents can never be repaid.

She also bids goodbye to her parents with a smile on her face, promising to come back any time she wants.

The video, shared on Facebook with the caption "The new bride who doesn't have tears in her eyes during vidaai," has gone massively viral.

Since being shared online, the 2-minute-long clip has collected over 6,000 appreciative comments and has been shared over 75,000 times. Many have praised the "boss bride", as she has been dubbed, for speaking her mind.

"I just love her after watching this," writes one person in the comments section. "Well said, you're an inspiration," says another.