"I took the rest of the test in there and was even able to nurse the baby in between sessions!" says Brianna Hill. 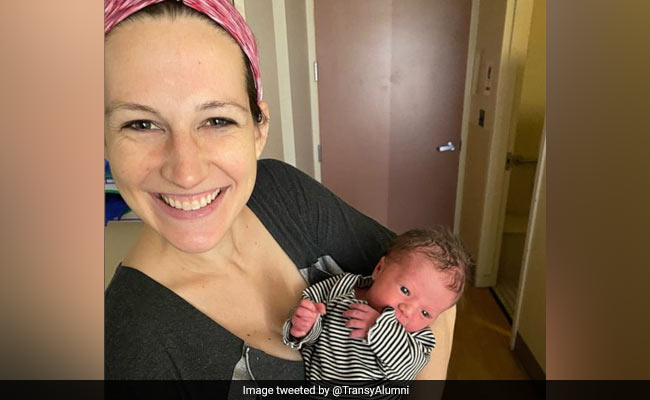 Brianna Hill took her Bar exam while in labour.

Bar exams are hard enough, but this woman took hers while in labour and continued right after giving birth. According to CNN, Brianna Hill, a recent graduate of the Loyola University School of Law in Chicago, was taking part one of a Bar exam spread over two days when she went into labour. The test was being administered online amid the coronavirus pandemic when Ms Hill began to experience labour pains.

"I thought I would only be 28 weeks pregnant when I took the bar," she told CNN. "However, due to the pandemic, the test was pushed to October and I was going to be 38 weeks. I joked about taking the test from my hospital bed. Lesson learned!"

Ms Hill, 28, was writing the first part of the test remotely when she her contractions began. She said that candidates had to sit in front of the computer so examiners could make sure they did not cheat.

"I started the section and 15 to 20 minutes in, I started having contractions," Ms Hill told ABC News. "I had already asked for an accommodation to get up and go to the bathroom because I was 38 weeks pregnant and they said I'd get flagged for cheating. I couldn't leave the view of the camera."

Determined to complete the exam, she continued writing until the first section was finished. After that, she took a break before going back to the write the second part of the exam. "I took my break, got myself cleaned up, called my husband, midwife, and mom, cried because I was a little panicked, then sat down to take the second part because my midwife told me I had time before I needed to go to the hospital," she said.

Ms Hill went to the hospital at around 5.30PM. Her healthy baby boy arrived just after 10PM. He was named Cassius Phillip Andrew.

All around CONGRATS to Brianna Hill '14 who not only completed the Illinois State Bar exam, but also welcomed her beautiful son into the world in the process! Read more about her memorable experience in the article below. #TransyProud#PioneerSuccesspic.twitter.com/Ci8tq8hH0k

Meanwhile, she still had to finish part two of the Bar exam, so the hospital staff reserved a private room for her and put a "do not disturb" sign on the door. "I took the rest of the test in there and was even able to nurse the baby in between sessions! Obviously, I really hope I passed but I'm mostly just proud that I pushed through and finished," says the woman who has been nicknamed "supermom" by many.

While Ms Hill's dedication was praised, several people criticised the Bar Association for its rules.

This woman is such a champion.

However, this is barbaric:

Her water broke during Pt 1 of the exam. “I had already asked for an accommodation to get up and go to the bathroom because I was 38 weeks pregnant, and they said I'd get flagged for cheating.” https://t.co/grNa938RGy

That's outrageous. They couldn't have let her postpone it? Seems needlessly petty on behalf of the bar association.

Ms Hill has not received her result as yet, but reportedly has a job lined up already.