Woman Punches Crocodile In The Face To Save Her Twin Sister

"She dragged her back as the crocodile kept coming back for more - so she just started hitting it." 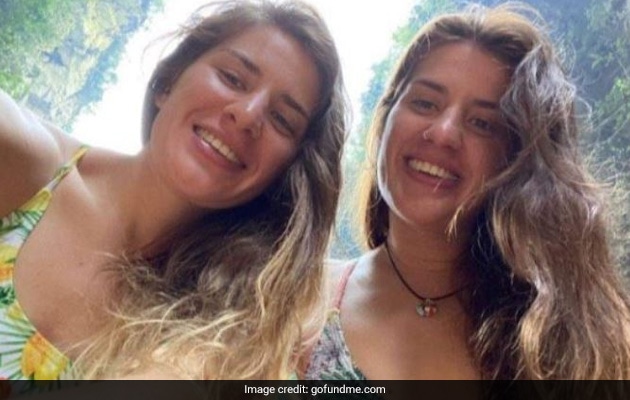 Melissa and Georgia Laurie were swimming in a lagoon when the crocodile attacked.

A British woman is in a medically-induced coma after being attacked by a crocodile while on holiday in Mexico with her twin sister. Melissa and Georgia Laurie, 28, were swimming in a lagoon when the attack occurred. According to the BBC, Melissa was dragged underwater by the crocodile on Sunday as she swam in the lagoon near Puerto Escondido. Her life was saved by her sister, who found her unresponsive and floating face down after she disappeared underwater.

"Georgia found her unresponsive and started to drag her back to the safety of a boat," their sister Hana was quoted as saying by the BBC.

As Georgia Laurie tried to carry her twin back to the boat, the crocodile attacked again.

"She dragged her back as the crocodile kept coming back for more - so she just started hitting it.

"She'd heard that with with some animals, that's what you've got to do," said Hana.

Georgia punched the crocodile repeatedly in the head and managed to drag her sister back to the boat, even though the reptile came back three times. In the process, she suffered injuries to her hands, reports The Guardian. She has now been placed in a medically induced coma to avoid infection from her injuries.

"Georgia had to fight it off. She kept punching it in the head," he father said.

A GoFundMe account has been set up by the twins' elder sister, Hana, who wrote: "Mel's condition is 'delicate' having suffered an open wrist fracture, organ lacerations/internal bleeding and water on her lungs."

On the fundraising page, she said that the tour guide the twins booked was known locally to be operating without a license. He has been missing since the attack.

"He'd gone to where the crocodiles live and not the location where all legal certified sanctioned tours take place," said Hana. "He has been called out locally before, apparently, but that wasn't for my sisters to know. They found out the information through their hospital."

The family is in touch with the British Embassy in Mexico to get support for the twins. They are also concerned about the hospital bills their insurance may not cover. A spokesperson for the Foreign, Commonwealth and Development Office said: "We are supporting the family of two British women who are in hospital in Mexico, and are in contact with the local authorities."