Why Uttar Pradesh Police Is Tweeting About #TetrisChallenge

"We are all set for any challenge! #TetrisChallenge" wrote Uttar Pradesh Police 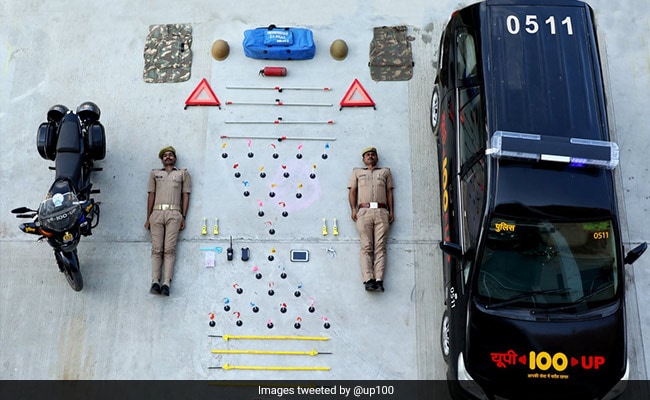 A photograph shared by Uttar Pradesh Police on Twitter

On Monday, Uttar Pradesh Police shared a photograph on Twitter that left many confused. The overhead shot shows two police officers lying on the ground, surrounded by a number of objects, a police car and a bike. "We are all set for any challenge!" they wrote while tweeting from the 'UP 100' handle, adding the hashtag #TetrisChallenge.

The picture, it turns out, is part of a global Internet challenge that Uttar Pradesh Police participated in. The 'Tetris Challenge' is a viral challenge that began about three weeks ago. As part of the challenge, emergency services, including police, fire departments and paramedics, share photographs of the equipment they need while on the job. According to Euro News, the aim of the challenge is to highlight the huge amount of equipment that emergency personnel need for their jobs - and how it is all fitted into relatively small vehicles.

In the image tweeted by Uttar Pradesh Police, objects photographed include a first aid kit, helmets, vests, walkie-talkies, a fire extinguisher and more.

Take a look at their photograph below:

We are all set for any challenge!#TetrisChallengepic.twitter.com/YTopeqOlJa

Their picture has collected over 1,000 'likes' since being shared online. Take a look at some of the reactions it has received:

Well done UP POLICE, It's a good start

The 'Tetris Challenge' began when Zurich police published a photo of their equipment laid out next to a patrol car on September 1.

Since then, a number of emergency services around the world have shared their own pictures, using the hashtag #TetrisChallenge.

This isn't the first time that a police department has participated in a viral Internet challenge. In January, Mumbai Police took part in the '10 Year Challenge' and gave it a unique twist.