Why This Pot Of Soup Has Been Cooking For 45 Years

"For 45 years, the broth of our soup has never been thrown away after a day's cooking." 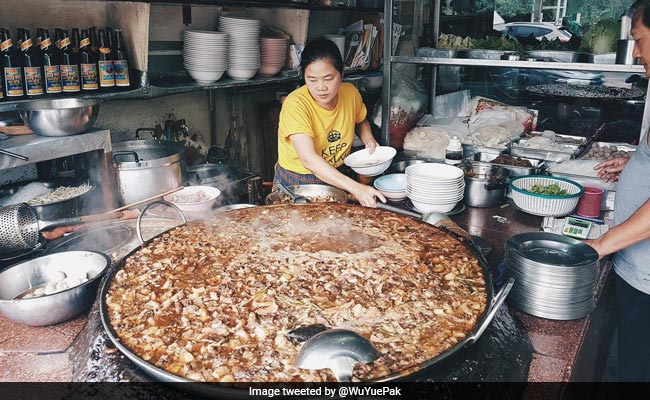 The soup at Wattana Panich has been cooking in the same broth for 45 years.

Forget fine wine. This time, it is soup that getting better with age. A family-run restaurant in Bangkok is famous for serving soup with the same broth for 45 years. Wattana Panich in Bangkok preserves broth left over at the end of the day and uses it in next day's soup, reports Great Big Story.

For 45 years, then, the great big pot of soup has been simmering away in the same broth. Fresh meat, meatballs, tripe and other organs are added to the soup daily.

"For 45 years, the broth of our soup has never been thrown away after a day's cooking," says Nattapong Kaweenuntawong, who tends to the noodle soup, called neua tune, with his mother and wife, according to the New York Post. "The broth has been preserved and cooked for 45 years," he says.

He adds that the ancient cooking method gives the soup a unique taste and aroma.

The soup is now famous around the world, and social media has many posts praising it.

So annoying, keep getting full. Just want to eat all day! This is goat soup at Wattana Panich #bangkokpic.twitter.com/c9oNuO7Xqz

What do you think of the concept? Let us know using the comments section.