A case of Bordeaux was flown up to the International Space Station. 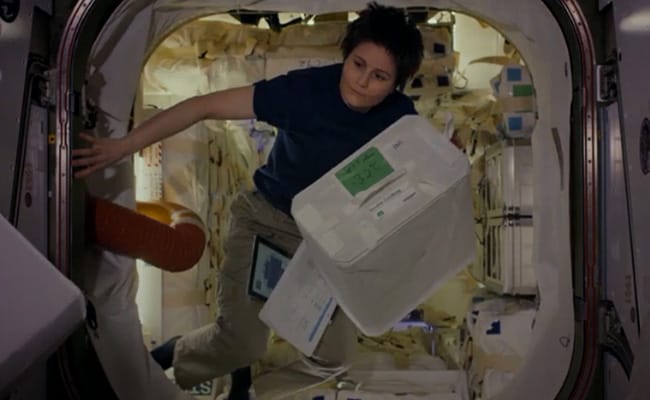 Astronauts at the International Space Station will not be able to enjoy the wine.

Astronauts at the International Space Station will not be able to enjoy them - so why have 12 bottles of fine French wine been delivered there?

In November last year, a case of Bordeaux and an oven to bake cookies was flown up to the International Space Station. According to The Independent, the 12 French reds have not been sent up for consumption, but to help study how weightlessness and space radiation affect the ageing process. Universities in Bordeaux, France, and Bavaria, Germany, are taking part in this experiment from Luxembourg-based startup Space Cargo Unlimited.

Not a lot of information about the wines has been released, but Euro News reports that after one year, the wine aged in space will be sent back to be compared with the same wine that has been kept at the same temperature (18 degrees Celsius) on earth.

This experiment, according to NASA, will help understand the "ageing of complex multicomponent liquids in a space environment". Its goal is to develop new flavours and properties for the food industry.

"This is a once-in-a-lifetime adventure," Nicolas Gaume, chief executive and co-founder of Space Cargo Unlimited, said in a statement.

This isn't the first time that wine has made it to space. In 1985, a French astronaut took along a bottle of Chateau Lynch Bages 1975 aboard the Discovery shuttle.