When Bengaluru Found a Crocodile on a Main Street 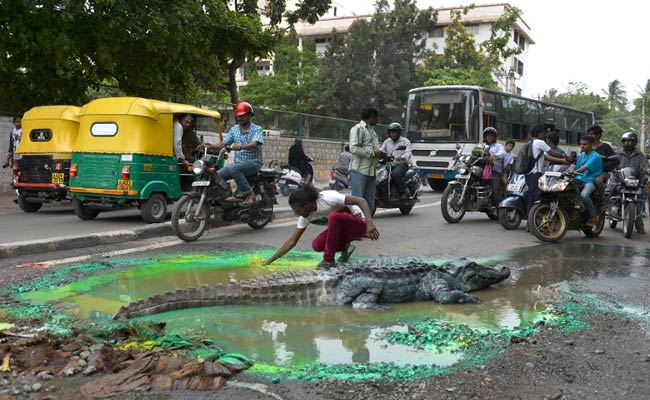 The crocodile that Bengaluru residents found on a main street.

Bengaluru: Commuters in Bengaluru were somewhat startled to discover a crocodile on a main street. 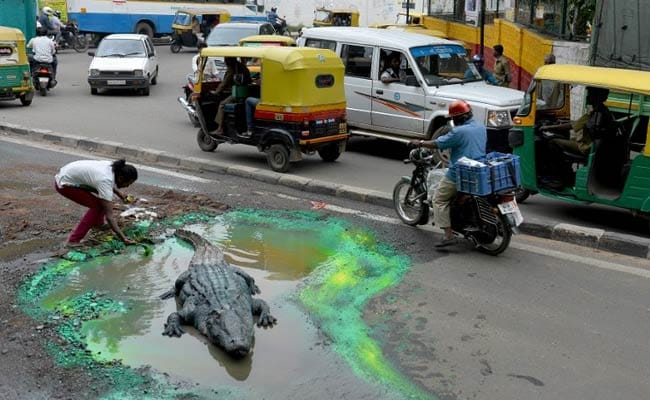 Till they realized that the reptile wasn't real. 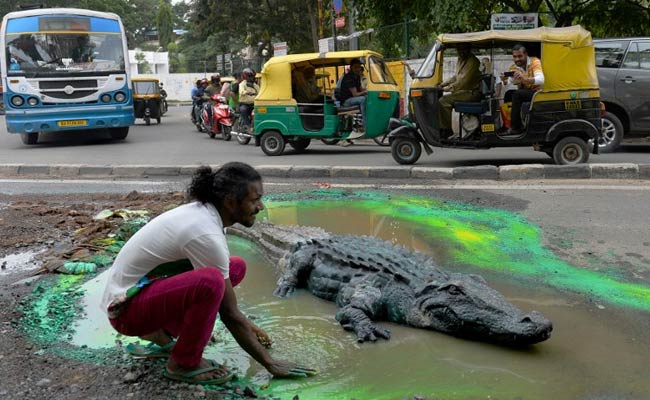 The life-sized croc was created by a local artist named Baadal Nanjundaswamy, who wanted to protest a giant pot hole that has not been fixed in the northern part of the city for days. On Thursday, he painted the area around his crocodile to look like a pond. 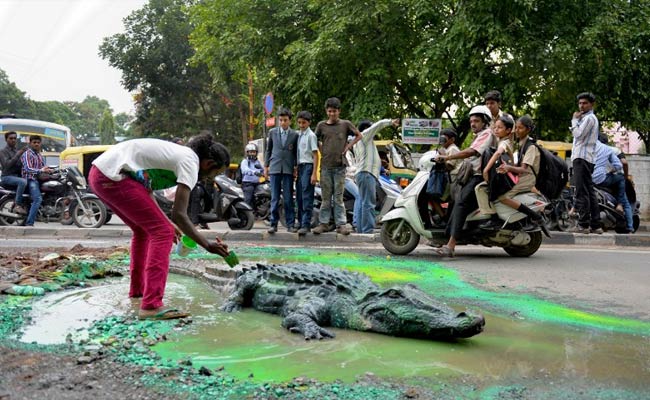 "Everyone has the potential to express themselves in his or her own way. This is my way of communicating a grievance," the artist told The Indian Express.

The 36-year-old tagged local city officials and the police to the images that he posted on social media. The pothole was covered up today, reports ABP news. 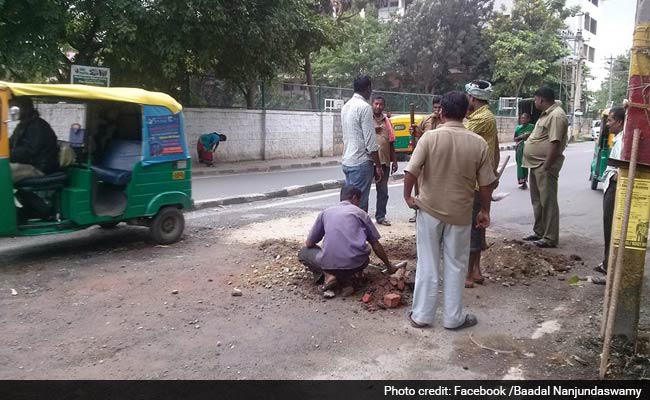 (The pothole has been fixed by authorities, the artist posted on Facebook today)