"When a giant spider hijacks a live interview, you just have to carry on," wrote BBC News 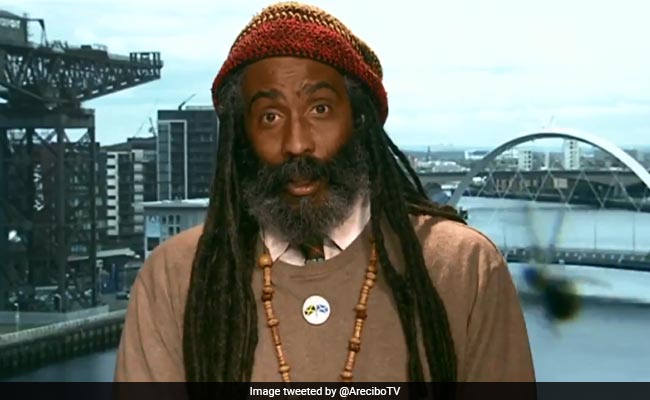 Viewers were surprised to see a spider scuttling across the camera during a live interview.

A 'giant' spider recently hijacked a live interview on BBC News. On Friday, several viewers were astonished to see an eight-legged creature on their television screens when Glasgow City Councillor Graham Campbell was being interviewed about the recent University of Glasgow decision to pay reparations for the slave trade.

The spider, it turned out, was scuttling across the camera - and intrusion for which BBC presenter Shaun Ley later apologised.

Guest on #BBC News Channel attacked by a giant spider as he was explaining @UofGlasgow's decision to pay #reparations for the slave trade ???? ????️ pic.twitter.com/mLKswzwfPE

Many bemused viewers also took to social media after the spider appeared on their screens during the interview:

There's currently a spider on the lens of a bbc news camera...

That was a weird experience.

Anyone else just see a spider crawling over the camera on BBC News? #bbcnews#spider

Mr Ley, who was interviewing Mr Campbell, later explained what had happened.

"I should say, if you were getting a little bit distracted there, by the spider," he said.

"Graham was sitting in front of a camera. The camera shot is of the skyline. The spider was crawling around on the camera. Apologise for that, there is not much we can do about it."

BBC News also tweeted about the incident and said: "When a giant spider hijacks a live interview, you just have to carry on.

Last year, hilarious footage of a bird landing on a news anchor's head during a live broadcast had gone viral online.