"How Does India Look From Space?": What First Indian Astronaut Told Indira Gandhi

On April 2, 1984, Indian Air Force pilot Rakesh Sharma made history by becoming the first Indian to travel to space. 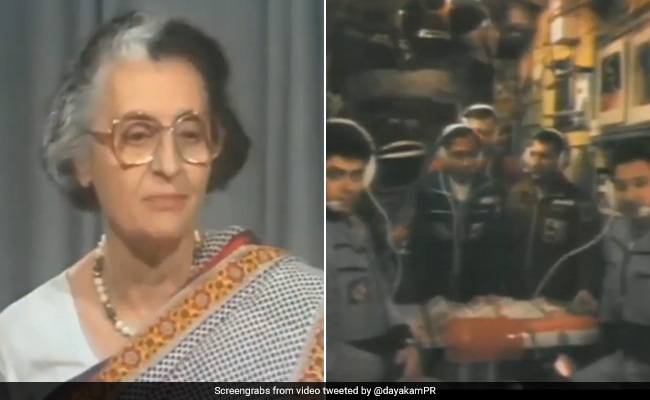 In 1984, Indian Air Force pilot Rakesh Sharma made history by becoming the first Indian to travel to space. Mr Sharma was part of the Soviet Union's Soyuz T-11 expedition, which was launched exactly 36 years ago on April 2, 1984. On the 36th anniversary of that landmark day, a tweet by the Deputy Director of Maharashtra Information Centre, Dayanand Kamble, relives a conversation between Indira Gandhi and IAF officer Rakesh Sharma. The astronaut spoke to Ms Gandhi from space during a joint television news conference, which also included officials in Moscow.

The conversation is remembered for Mr Sharma's memorable answer to the then prime minister's query about how India looks from space. During the news conference, Indira Gandhi asked Mr Sharma "Upar se Bharat kaisa dikhta hai aapko (How does India look like from space?)."

He responded by quoting the poet Iqbal and saying "Saare jahaan se achcha" or "Better than the whole world".

Watch the conversation between Rakesh Sharma and Indira Gandhi below:

IAF officer Sqn Ldr #RakeshSharma flew aboard a SoyuzT11 spacecraft #OnThisDay in 1984 & became the first Indian to journey into space.

When the then PM Smt #IndiraGandhi asked "How does India look from space"
Sharma said, "Sare Jahan Se Achcha"

Since being shared online a few hours ago, the video has collected more than 53,000 views and a ton of comments.

Memorable & unforgettable achievement how India made its first ever reach in space.

Astronaut Rakesh Sharma spent seven days, 21 hours and 40 minutes in space as part of a joint programme between the Indian Space Research Organisation (ISRO) and the Soviet Intercosmos space programme. He was accompanied on the mission by two Russian cosmonauts.

Why Russia's Vladimir Putin Took A Dip In Icy Water, Wearing Nothing But Swimming Trunks