A video has surfaced on the internet shows a toddler playing fetch with his neighbour's dog across a fence. 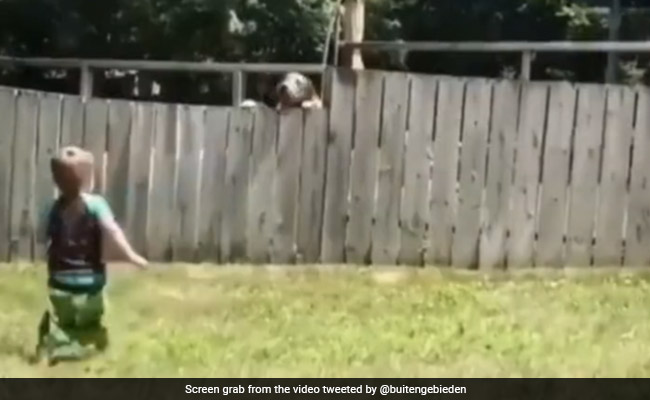 The internet has plenty of adorable videos to make the day. If you're having a bad day, these videos will cheer you up. One such video that has surfaced on the internet shows a toddler playing fetch with his neighbour's dog across a fence.

Shared by a user named Buitengebieden on Twitter on Friday, the video is a perfect example that nothing, not even a fence, can stand between two true friends. "Two-year-old playing fetch with neighbor's dog," reads the caption of the post. The video has been credited to a user named Erin Richter.

Within a few hours after getting shared, the video has attracted over 4.5 lakh viewers and has received more than 13,000 likes. Hundreds of users have retweeted the post and numerous have given heartfelt remarks in the post's comment area.

Praising the innocence of both the players, one user wrote, "Oh, how perfectly beautiful the simple pleasures of life are."

"That gives me thoughts of the movie "The Sandlot." In the movie 'the beast' didn't give the ball back though," wrote a second user.