The ''Sami Sami song is once again becoming popular after surfacing of a video that shows a little girl adding her unique twist in an adorable way. 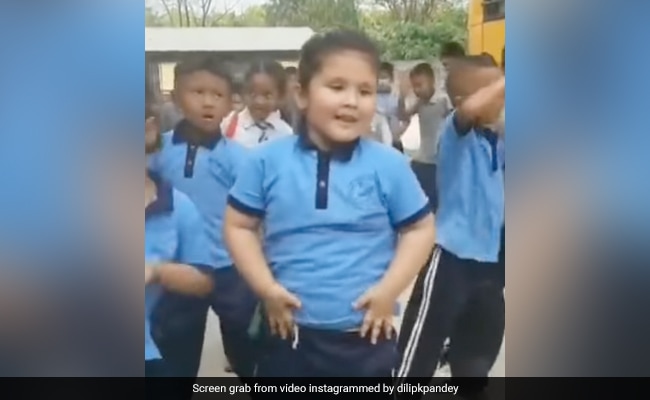 'Sami Sami' from Allu Arjun and Rashmika Mandanna-starrer 'Pushpa' is a viral hit on the internet. Many people have shared their own version of dance on the song. It is now once again becoming popular after surfacing of a video that shows a little girl adding her unique twist in an adorable way. Her dance has caught the attention of Rashmika Mandanna too.

Maaaaadddddeeeeee myyyyy daaaaaay.. I want to meet this cutie..💘
how can I? 🥹 https://t.co/RxJXWzPlsK

The 31-second clip opens with the little girl wearing school uniform dancing along with her other schoolmates. Like a professional dancer, she can be seen performing the song's signature moves.

Shared by a user named Tejaa on Twitter on Tuesday, the caption reads, "Cute". The user has tagged the actress in the tweet.

Ms Mandanna re-tweeted the post on Wednesday and wrote, "Maaaaadddddeeeeee myyyyy daaaaaay. I want to meet this cutie. How can I?"

Some users pointed out that the video has been captured during a school event in Nepal where this cute little girl caught everyone's attention with her dance moves and expressive facial expressions. Her identity, however, is unknown.

Since being shared, the video has amassed around 2 million views and more than 98,000 likes. The post also has more than 7,800 retweets. Numerous users have left heartfelt remarks and praised the girl's dancing skill in the comment box.

One user wrote, "Oh my my i just say this video on insta".