Read inOther Languages
This Article is From Jan 07, 2021

Watch How This Thief Stole A Bag From Parked Car. Shocking Video Is Viral

The video first surfaced online in December and has been widely circulated online since. 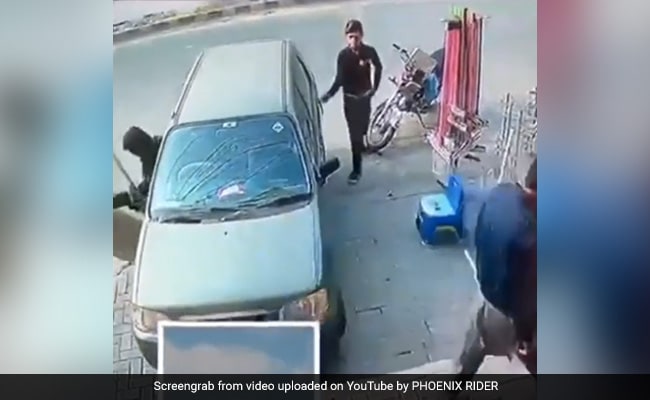 Watch how one man stole a bag from a car.

CCTV footage that has gone massively viral online shows the trick employed by one man to steal valuables from a parked car. The video begins by showing a driver parking his car by the side of a road and getting out of the vehicle. Just as the driver is about to lock the car, a young man in a black jacket casually walks past it and discreetly opens the rear door slightly. He then disappears from view without arousing any suspicion.

Meanwhile, the driver, without noticing that the rear door of his car is unlocked and open, walks away after parking it.

Minutes after he walks away, the thief returns to the car. After looking around to make sure that the owner is not anywhere close, he slides into the car through the unlocked door and exits with what appears to be a laptop bag kept in the backseat.

While it is not clear where the CCTV footage was filmed, it first surfaced online in December and has been widely circulated online since. It has been posted on several Facebook and Youtube pages to serve as a cautionary tale and a way to educate drivers of the modus operandi used by thieves.

"Unlucky for him there was CCTV there. But lucky for him it recorded his smart move," wrote one social media user.

"I have to admit, that was smooth," said another.