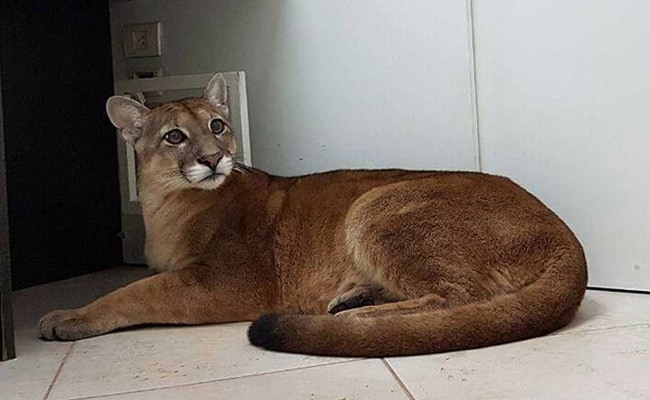 The puma was seen growling at the employees. (AFP Photo)

There's having an office cat nestled by the computer -- and then there's finding a wild puma under your desk.

Staff at a factory in Itapecerica da Serra, a small town near Brazil's biggest city Sao Paulo, called in the local fire service after discovering a dark brown puma on the office floor.


Pictures posted on the firefighters' Facebook and Twitter pages showed the large feline peeking over the edge of a desk. In a brief video, it can be heard growling and roaring at the emergency services.


"We believe the puma came out of its habitat because of constant wildfires," the Sao Paulo state fire department said on Facebook.

Promoted
Listen to the latest songs, only on JioSaavn.com
After being captured, the puma was delivered to a non-governmental organization specializing in wild animal rescues.