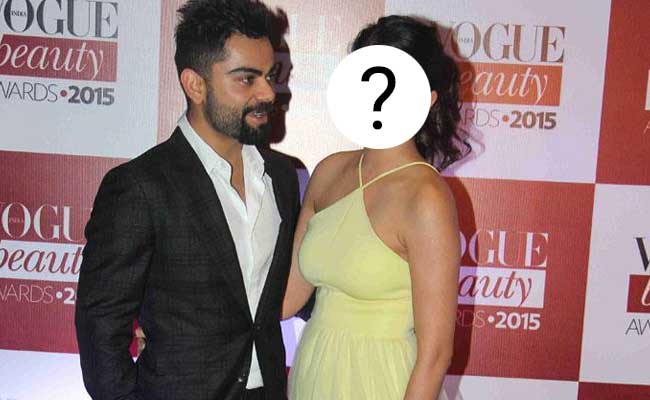 The multiple choice question offered students these options to pick from - Priyanka, Anushka and Deepika. 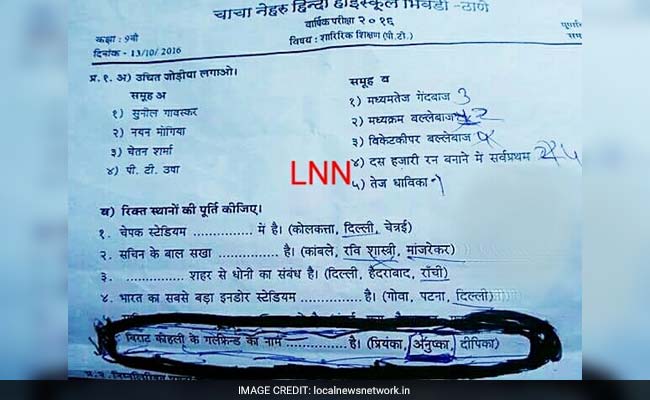 A legitimate 'question' for an exam paper, PT-related or otherwise? Quite a stretch.

Virat Kohli and Anushka Sharma started dating in 2013 and have been in an on-again and off-again relationship ever since. Their current relationship status seems to be leaning towards 'on-again,' hence the students probably scored a mark for this one.

Promoted
Listen to the latest songs, only on JioSaavn.com
In September, the Air Force exam paper featured this question on Deepika Padukone and sent Twitter into a tizzy:

Here it is @deepikapadukone in Indian air force engineering exam..one question abt ur movie #piku@deepikaddictspic.twitter.com/XVKj6dzF4a

Before this, a civil engineering exam question paper featured a question on Tamil blockbuster Baahubali. Students at Vellore Institute of Technology were asked to design engineering set-pieces for the film's war sequences.

What do you think about students being marked on their knowledge of Virat Kohli's private life? Tell us in the comments section below.
Comments
Virat Kohlivirat kohli anushka sharmaAnushka Sharmaquestion paperPriyanka ChopraDeepika PadukoneChacha Nehru Hindi High Schoolbaahubali