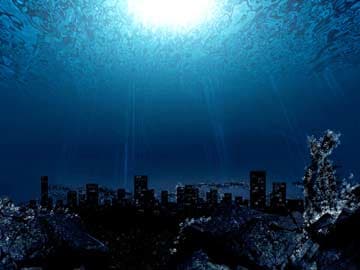 London: In a scintillating find, an 11,000-year-old settlement has been unearthed under Baltic Sea near Sweden.

This is a collection of well preserved artifacts left by nomads some 11,000 years ago.

The site was in fact some sort of a dump in which nomadic Swedes discarded objects, according to a report in The Local.

Billed as 'Sweden's Atlantis', the site is buried 52 feet below the surface at Hano, a sandy bay off the coast of Skane County in Sweden.

The findings include wood pieces, flint tools, animal horns, ropes, a harpoon carving made from an animal bone and an ancient cattle which became extinct in the early 1600s, added the report.

"There's wood and antlers and other implements that were thrown in there," Bjorn Nilsson, archaeology professor at Sodertorn University in Sweden was quoted as saying.

"If the settlement was on dry land, we would only have the stone-based things, nothing organic," added Nilsson who team is excavating the site for a potential burial site.
Comments
Baltic seaunderwater city