Virender Sehwag Has An Apt Song For Time Of Social Distancing 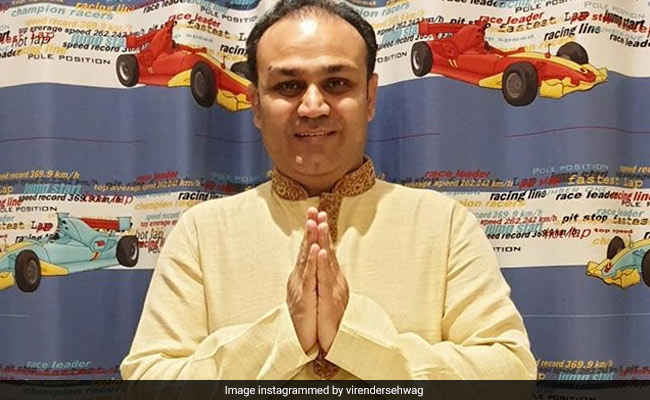 Virender Sehwag shared a song with the hashtag #SocialDistancing.

Former cricketer Virender Sehwag took to Twitter this afternoon to share a song that is apt for these times of social distancing. The 41-year-old joined the bandwagon of people looking for some levity during their time in self-isolation and quarantine as he tweeted a video of the song Door Door Se from the 1952 movie Saqi.

The World Health Organisation has recommended maintaining a distance of at least three feet from anyone who is coughing or sneezing to prevent possible exposure to the coronavirus. To contain the spread of the highly contagious virus, several countries have announced lockdowns and asked citizens to work from home and avoid public places.

"Apt In times like these. Door se," wrote Virender Sehwag while sharing the video. He added the hashtag #SocialDistancing to complete his tweet.

The lyrics of the song roughly translate to "Far away, stay far away.. don't come close, don't touch."

Since being shared this afternoon, Sehwag's tweet has collected over 12,000 'likes' and more than 1,000 retweets, along with a ton of amused comments. Many complimented the cricketer's choice of song.

You did hit the ball out of the fence paaji 😂

Virender Sehwag is known for his witty social media posts. In January, he had amused his 20 million Twitter followers with a video of a student sneaking in a snack during a school assembly.