A video has surfaced on the internet that shows making of a chocolate pinata. 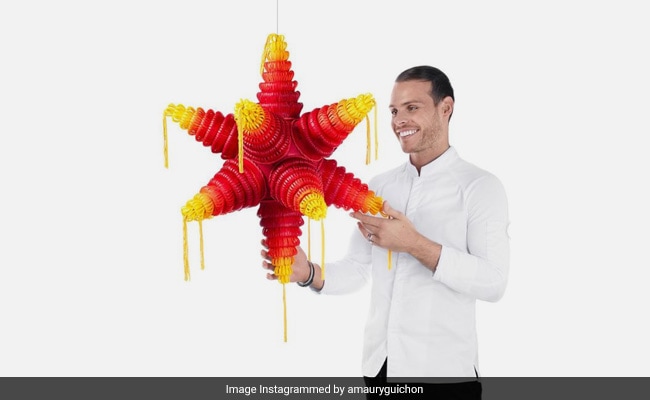 There are tons of fantastic pieces of art and creative ideas on the internet. And there are many excellent artists that never cease to amaze others with their abilities. One such video has surfaced on the internet that shows making of a chocolate pinata.

The artist behind this amazing artwork is well-known pastry artist Amuary Guichon. He has shared a video of the making of pinata on his Instagram handle with the caption, "Chocolate Pinata! Smashing it was so heartbreaking. But the candies were so good!"

The viral video shows Mr Guichon creating the decorated figure and filling it with cute candies. He then colours it red before creating other pieces. Mr Guichon then assembles all the parts and hangs the toy figure to the ceiling using tassels.

The pastry artist then smashes the hanged pinata with a rod and tastes it. It took him 5 days to complete the creation, which was made up of 3,700 loops. According to Mr Guichon, the result of making this creation was worth it. He has called the creation the "star show" at every birthday party.

Since being shared, the video has garnered a whopping 11.6 million views and over 9.7 lakh likes. Mr Guichon's fans have flooded the comment section of the post appreciating his amazing skills.

Another said, "Need to hit it blindfolded."

"You are the Bob Ross of chocolate," wrote a third user.