The video posted on Reddit has received more than 27,000 upvotes, with many users impressed by the cat's ability to sing. 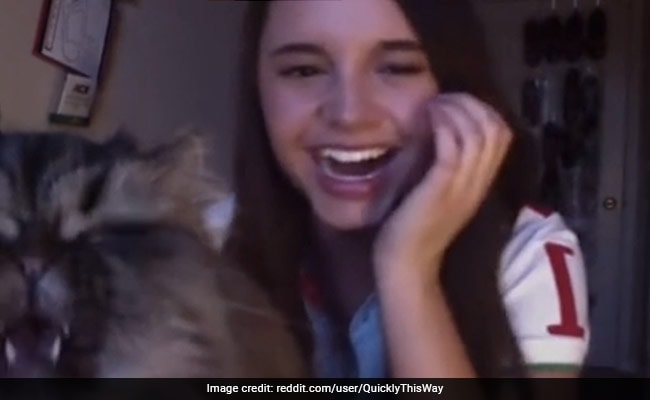 The video of a cat that began vocalising with his opera-singing owner has delighted social media users in a now-viral video. It was originally posted on TikTok, and found its way to other social media platforms like Reddit. The cat, named Maximino, is seen taking over the solo performance and mewing along the music, as seen in the video. According to Newsweek, the video amassed more than three million views on TikTok. On Reddit, it has been upvoted more than 27,000 times.

According to American Society for the Prevention of Cruelty to Animals (ASPCA), cats are often vocal as a way to communicate with humans. "Cats enjoy social contact with people, and some will be quite vocal in their requests for attention," the ASPCA said. "The cat may want to be stroked, played with or simply talked to."

Maximino's owner is seen singing opera at the start of the video when the cat walks into the frame. The girl takes a pause and tries to remove the cat. But the feline seems to pick up singing where she left off.

The girl initially looks surprised, but later begins to laugh.

Newsweek reached out to the cat owner via email whole told the outlet that the incident took place a few years ago, but she decided to post it recently.

The girl further said that Maximino is a vocal cat and frequently "screams" at her to get attention.

Reddit users were impressed by the cat's singing abilities.

"Cats so focused on the opera her eyes are seeing into the future," one user commented. "What a little Diva! "Outta my way! I'm the real Opera Singer"," said another.