"What a great example of desi engineering," wrote one Twitter user 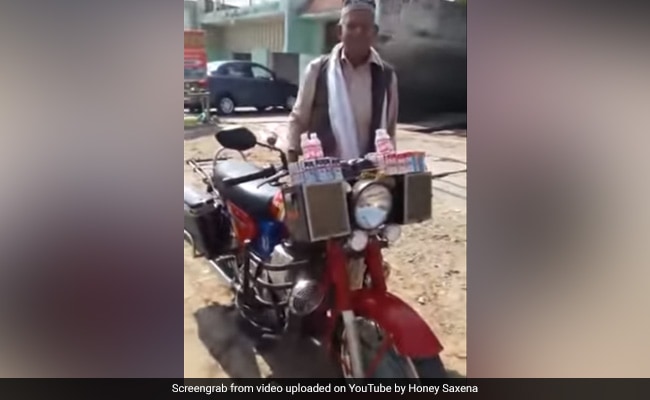 Mohammed Sayeed's bike comes with its own mini ATM.

It is not uncommon to see modified motorbikes on the streets. This modified 'wonder bike', however, is different - and it is taking social media by storm. The bike belongs to Mohammed Sayeed, a resident of Bareilly, Uttar Pradesh, who has named it Tarzan. It responds to voice commands from its owner and comes with a mini ATM that dispenses coins - also on voice commands.

A video of the bike was shared to YouTube by a user named Honey Saxena on Thursday. Since then, it has gone viral on other social media and messaging platforms like Twitter, Facebook and WhatsApp.

The video shows 70-year-old Mr Sayeed demonstrating how his red-coloured bike, Tarzan, responds to voice commands. In the video, he shows how the bike starts, plays music and how its ATM dispenses a five-rupee coin on voice command.

According to the YouTube description, Mr Sayeed is a "self trained electrician, stunt man, sales man, and an excellent crowd puller." His video has collected over 17,000 views on YouTube, and many more on other platforms. It has also won him a lot of praise.

"What a great example of desi engineering," wrote one Twitter user while sharing the video.

His bike gets on-off centerstand itself over motion command

His bike starts on voice command

What a great example of desi engineering🙏👏👍 pic.twitter.com/wR6vCbJKId

"Incredible talent of India," another Twitter user said, while a third wrote: "The power of jugad truly has no limits."

Some commenters, however, also questioned the authenticity of the motorbike.  "This looks fake," said one YouTube commenter.