Viral: Some People Say They Can Hear This Silent GIF. Can You?

Safe to say, this GIF is really confusing the Internet. 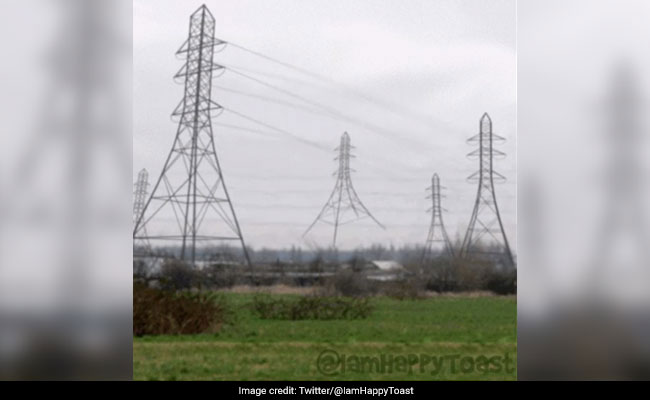 Many people say they can "hear" this GIF, even though the file has no audio. This may be why...

Is it possible to hear a silent GIF? That's the question many are asking after a GIF first created in 2008 by Twitter user @IamHappyToast resurfaced and went viral. Dr Lisa DeBruine, a psychology researcher at the University of Glasgow, tweeted and asked her 2,500 followers on December 3 whether they could "hear" the GIF. Surprisingly, even though the GIF has no audio, many reported hearing a "thud" each time the animated skipping electricity pylon landed on the ground.

Can you hear this GIF?

Does anyone in visual perception know why you can hear this gif? pic.twitter.com/mcT22Lzfkp

A Twitter poll of over 295,000 people showed that a whopping 69% of them could hear "a thudding sound" as compared to 20% who said they hear "nothing."

What do you experience when you watch this gif?

Liked over 37,000 times and retweeted over 21,000 times, the tweet left many both confused and fascinated.

even after reading the comments and switching my set on top volume, i can't hear a thing.

Thudding but only in my right ear. Nothing in the left!

It's strange. The thud is so clear.

Peculiar! I experience more of a physical sensation (like a slight tremor or a heart beat) than a sound. Mind you - I also get empathic falling sensations in my stomach whenever I deliberately drop objects from heights.

While some wondered whether the sound may be people hearing their own heartbeats, that theory was dismissed by Dr DeBruine who said it was unlikely that the heartbeats of everyone who had "heard" the GIF would synchronise with that of the file at 50 beats per minute (bpm). A normal resting heart rate of most adults beats at 60-100 bpm.

Could it be that the actual skipping speed is about the same as resting heart rate, and what people are actually hearing is the blood pumping through their ears in time with the skipping?

@lisadebruine tweeted about this idea earlier. Unlikely as common resting heart rate is quite different to the timing of this video. Also unlikely to sync so rapidly and in so many people.

For the dozens of people who've suggested it's just your heartbeat:

Typical adult resting heartrate is 60-100 bmp. This gif is about 50bmp, so I wouldn't expect so many people to experience it if it required  synchronisation with your heartbeat.

So what explains this auditory illusion? The two most popular theories suggest those hearing the GIF may be due to the McGurk effect or synesthesia.

According to Live Science, the McGurk effect occurs when your brain is tricked into "hearing" a sound to match what you're seeing. Synesthesia is a rare neurological condition that results in the "blending" of senses where the stimulation of one sense triggers an effect in another.

Another interesting theory put forth by Dr DeBruine likens the reaction some had to "squinting" of the ears, suggesting that because your brain is expecting a loud noise, your ears "close up."

Twitter user @IamHappyToast told NDTV via e-mail that he first created the GIF in January 2008 and posted on the satirical digital arts forum b3ta.com.

Promoted
Listen to the latest songs, only on JioSaavn.com
"It was just a fun animation that came to mind, not a deliberate auditory illusion," he admitted. Explaining how the GIF was made, @IamHappyToast wrote, "It's made by taking a photo of some pylons, then editing out the ones I want moving, then building them in 3D software and animating that."

The GIF creator added that while he didn't hear the GIF "as strongly as some people are describing," it was "nice" to see so many people talking about it and enjoying it.Click for more trending news