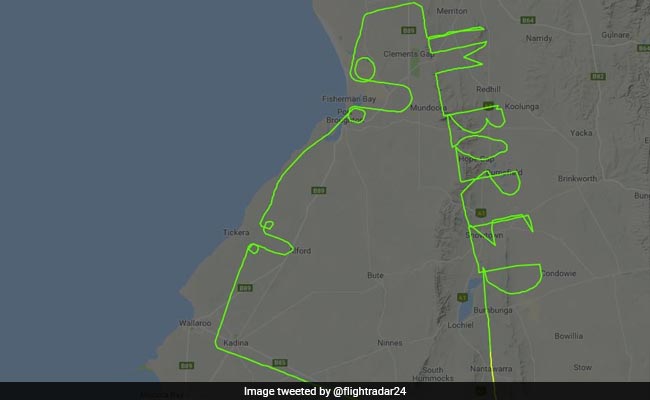 An Australian pilot spelled out the words "I'm bored" during a test flight.

If you thought pilots had one of the most interesting jobs in the world, this one incident might change your mind. A pilot from Adelaide, Australia, has gone viral on the Internet for spelling out "I'm bored" into the sky. According to ABC News, a Diamond Star plane, operated by Flight Training Adelaide, spent a little over three hours in the air on Tuesday morning to draw the letters over South Australia.

The pilot also drew two phallic symbols in the sky.

Perth Now reports that the unnamed pilot was running in a new engine by flying at a particular power setting for two hours when he decided to use the sky as his personal canvas. Though his artwork could not be seen from the ground, it was visible to aviation followers watching live flight tracking programs and websites.

FlightAware website captured the pilot's work and his explicit graffiti, and it has since gone viral online.

Earlier this week a bored pilot in Australia left this message in the skyhttps://t.co/sE1l5RnXZapic.twitter.com/9hOwFX6Mb3

Here are some of the reactions to the pilot's work:

In 2017, a US Navy pilot drew an enormous phallic symbol in the sky using the condensation trails from his multi-million-dollar warplane.