While some internet users pointed out that the statue doesn't resemble MS Dhoni at all, others said that the figure looked more like Shoaib Akhtar than Dhoni. 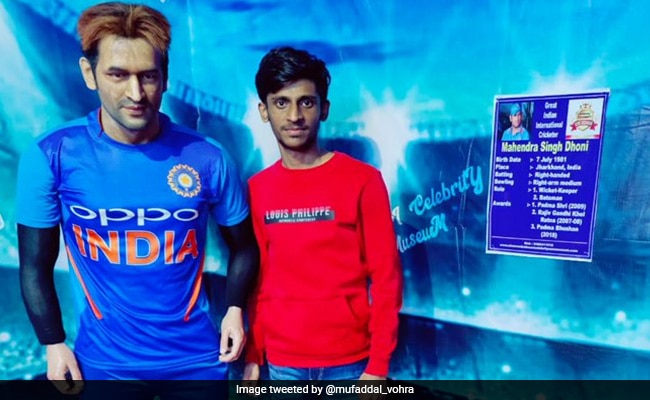 The picture garnered nearly 6,000 likes and hundreds of comments.

A picture of Mahendra Singh Dhoni's wax statute in Karnataka's Mysore is going viral on the internet. The image was shared on Friday morning by Twitter user @mufaddal_vohra, and since it has garnered nearly 6,000 likes and hundreds of comments.

Internet users were quick to react to the life-size wax figure of one the most celebrated Indian cricketers. While some pointed out that the statue doesn't resemble MS Dhoni at all, others said that the figure looked more like former Pakistani cricketer Shoaib Akhtar than Dhoni.

Reacting to the post, renowned cricket writer Jarrod Kimber wrote, "That's a big no from me". Another Twitter user jokingly said, "The artist who made this statue is the same who created VFX for Adipurush".

A third commented, "What if Dhoni and Ranbir Kapoor had a single statue," while a fourth hilariously added, "Shut up that's Shoaib, not Dhoni". "Shoaib malik in Indian cricket team jersey with diffrent hairstyle," wrote fifth.

Meanwhile, speaking of Dhoni, a while back an old video of Mandira Bedi quizzing the former Indian cricketer had taken the internet by storm. The clip was from a series by Mastercard's Priceless Moments, which the brand had partnered with him back in 2019.