Viral: Meet The Adorable Dog Who Runs His Own Sweet Potato Stall In Japan

A sign besides him reads: "Because I am a dog, I can't give you change." 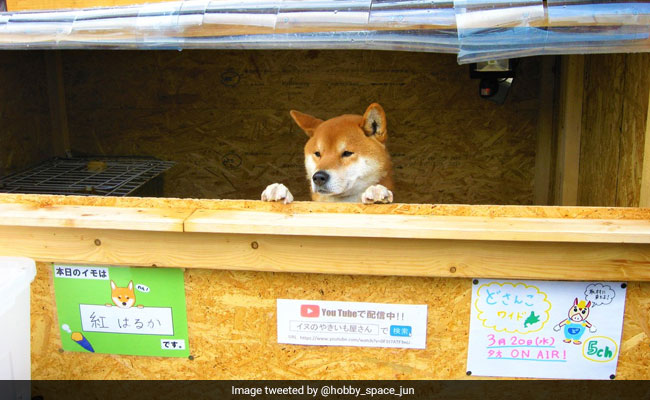 If you are a dog lover, this might just be the best thing you'll see today. If you're not, it's still going to brighten your Friday morning. An adorable dog has taken social media by storm after it emerged that he manages his own sweet potato stall in Japan. Ken-kun, a three-year-old Shibu Inu, does a wonderful job of running the small eatery on the island of Hokkaido, reports Metro News.

Ken-kun stands behind the counters and receives pets and payments from customers. A sign besides him reads: "Because I am a dog, I can't give you change." Customers simply choose the sweet potato they want and deposit the money in a box - and anything extra goes towards food for Ken-kun.

Japanese social media users can't get enough of him

Neither can the rest of the world

The goodest boii in all of Japan https://t.co/kGMJkkeaEg

Watch him in action below:

According to Metro News, it's not all work and no play for Ken-kun, who ends his day with a walk around the city with his owner.

What do you think of this hardworking dog? Let us know using the comments section below.