The Internet's verdict? This mashup of 'Look What You Made Me Do' is "better than the original." 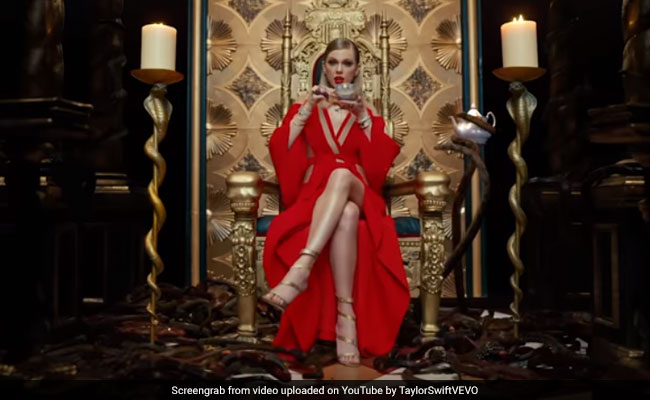 What happens when 'Game of Thrones' meets Taylor Swift? Find out below.

Hey Game of Thrones fans, here's a musical mashup to help you deal with the sadness of no more GoT (for a while, anyway). A YouTuber painstakingly went through the show and recreated pop star Taylor Swift's song "Look What You Made Me Do." The Internet has given the mashup a big thumbs up, with many even saying it is "better than the original."

Matthijs Vlot, an audio-visual remixer based in The Netherlands, went through the show and picked out bits with the characters saying words that corresponded to the song's lyrics. You'll spot many of your Game of Thrones favourites including Jon Snow, Cersei Lannister, Arya Stark and Tyrion Lannister making rather "swift" appearances in the video.

Watch the GoT cast 'sing' Taylor Swift's 'Look What You Made Me Do' in the video below:

Since being uploaded on YouTube on September 8, the video has been viewed over 2 lakh times already.

Promoted
Listen to the latest songs, only on JioSaavn.com
"Way better than the original," comments one person on YouTube. "A+ for the effort. Can't even imagine how long you took to compile all those clips," comments another.

What did you think of the mash-up? Let us know in the comments section below!Click for more trending news