"Moved by the story of these #BarbershopGirls. And hats off to their father and the entire village of Banwari Tola for supporting them," wrote actor Farhan Akhtar 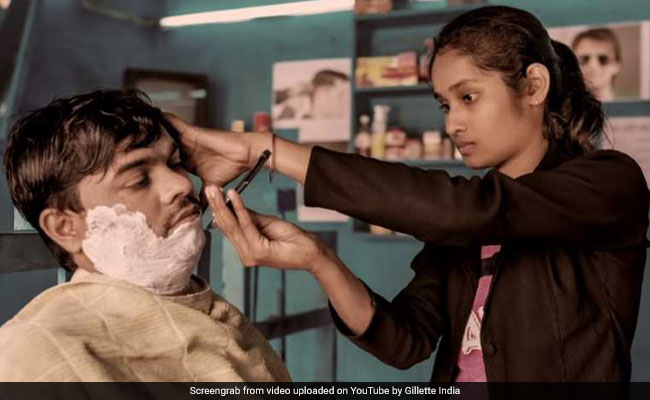 Back in 2014, in the Banwari Tola village of Uttar Pradesh, two teenage girls took over their father's barber shop when he fell ill. To step into a profession traditionally dominated by men, they disguised themselves as boys, even taking on male names, reports the Guardian. Gradually over the years, as they supported their family with the money they earned, continued to study, and paid for their father's treatment, Neha and Jyoti began to reveal their identities to customers. Today, their inspirational story of smashing gender stereotypes has been turned into an ad by personal grooming brand Gillette - and netizens can't stop praising them.

The now-viral ad shows the village of Banwari Tola through the eyes of a young child who observes women busy with household chores while men go out to work and play. All his notions of traditional gender roles are upturned, however, when he walks into a barber shop with his father and sees a girl ready to give him a shave.

And when he asks his father how a girl could shave him, his father explains that a razor can't differentiate between a boy and a girl.

Watch the beautiful ad below:

The ad has been viewed over 3.2 million times on YouTube alone, and has also been shared by celebrities on social media who have praised it soundly.

"Moved by the story of these #BarbershopGirls. And hats off to their father and the entire village of Banwari Tola for supporting them," wrote actor Farhan Akhtar on Instagram, sharing a video of the ad.

"Who run the world? Barbershop Girls! Jyoti & Neha, just came across your story and I am super excited to share this!" wrote Swara Bhasker, adding that she applauded the people of Banwari Tola for supporting the two women.

Other actors who shared the video and praised Neha and Jyoti include the Dangal girls, Fatima Sana Shaikh and Sanya Malhotra, actress Radhika Apte and hairstylist Aalim Hakim.

What did you think of the ad? Let us know using the comments section.