The video's increasing popularity among social media users has led to over 2 million views. 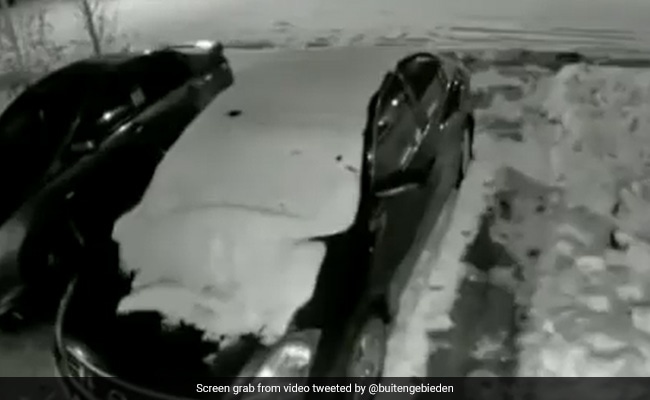 The dog owner falls three times while trying to manage it in the video.

Social media is flooded with recordings of animals engaging in cute and sometimes strange behaviors. This time, a video of a dog pulling its owner along a city street covered in snow is becoming popular online.

The beginning of the video shows a road blanketed in snow, with houses and cars appearing to be coated in snow at every turn. Only a little dog appears to be travelling over the deserted road's ice-covered surface. The owner of a leashed dog is then seen standing behind it in the footage. The dog knocks the owner to the ground as he runs on the snow-covered road.

The owner made several attempts to stand despite the icy, slippery road, but he kept slipping because the dog was unwilling to stop enjoying himself by running on the white, snow-covered road.

The dog owner falls three times in an unbalanced manner in the video, which concludes with a shot of him being pulled behind the dog.

The video was shared on Twitter by user Buitengebieden on November 29. The video has received over 2 million views as a result of its rising popularity among social media users.

Walking the dog in the snow.. 😂 pic.twitter.com/jdMHyoPpNQ

A few individuals posted humorous comments along with a few additional videos in the comment box.

"This happened to me 10 years ago in front of a car full of my daughter's friends. It gave me street cred," wrote one user.

Another user commented, "It brought back so many memories! 8th grade, taking my Rottweiler Brandy out in the freezing snow before school."

"I have had this happen to me while walking my German Shepherd. He really enjoyed having the power to make a change. I miss him like mad," commented a third user.