2 million views for this viral video 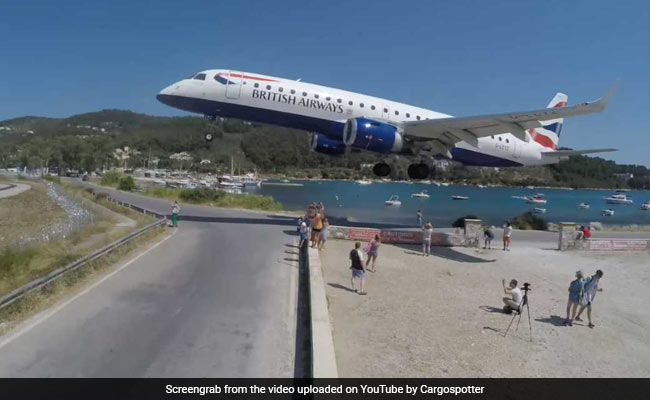 A viral video shows a plane landing only a few feet away from spectators in Greece.

Hair-raising footage has captured the moment a plane made a super low landing at the Skiathos Airport in Greece. The video, which was shared on YouTube by a popular channel called 'Cargospotter', shows the British Airways plane flying just a few feet above tourists on a beach.

According to The Sun, the aircraft, an Embraer E190, whizzed past spectators - some of whom were forced to duck for cover. One couple was reportedly even "pushed off" a ledge by the power of the jet blast.

The Skiathos Airport in Greece has been dubbed 'Europe's St Maarten' due to its low landing. Located right next to a beach, it attracts adrenaline-loving tourists trying to click selfies with aircrafts right overhead.

Describing the airport, Cargospotter wrote: "Airplanes land and depart right behind a small road and the airport of Skiathos became one of the main tourist attractions of the Greek island... Last week we filmed an incredible low British Airways Embraer E190 landing. The people who were watching the planes were pushed from the wall by the wake turbulence of the Embraer."

Since being shared online on Friday, the video has been viewed over 2 million times. It has also collected hundreds of shocked comments.