Video: Hundreds Of Birds Found Trapped Inside Chimney In California 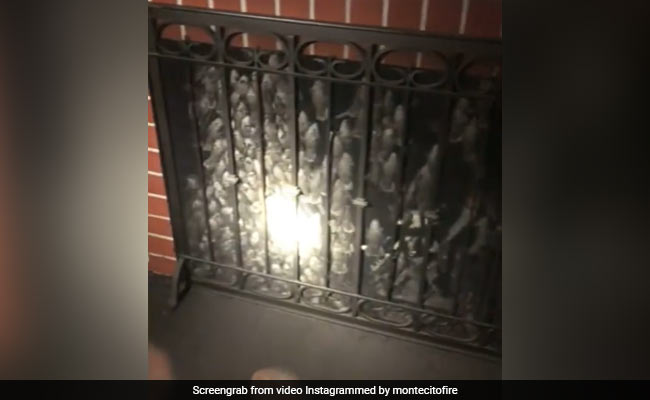 Hundreds of small birds were found trapped inside a fireplace.

Hundreds of small birds were found trapped in the chimney of a California home on Sunday night. The Montecito Fire Department shared details of the bizarre incident on social media alongside a video that shows the birds fluttering inside the fireplace, unable to fly out because of a screen trapping them inside.

"Every day is different in the fire service!" the Montecito Fire Department said in a statement. "Sunday night, your Montecito firefighters were called to a home where about 1,000 small birds had become trapped in the chimney."

The fire department had initially hoped that the birds would fly out on their own overnight, but when they returned the next morning, they found them still stuck inside.

"We worked with Santa Barbara County Animals Services to figure out how to safely free the birds," the fire department said. "County Animal Services worked diligently throughout the day to design a chute system to funnel the birds out of the fireplace and release them through the home's back doors."

The rescue operation earned the fire department much praise and appreciation from social media users.

"Amazing! Congratulations for saving them," wrote one person on Instagram.

"Those are swifts. Not surprising they took refuge in a chimney since they're migratory and prefer a warm clime," another remarked.

Santa Barbara County Animals Services identified the birds as swifts. It's not clear why they flew inside the fireplace, but these gray bird typically roost communally in chimneys.