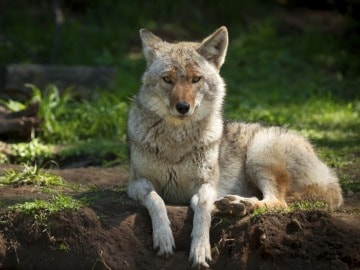 New York: Police officers have captured a coyote in a park in upper Manhattan. Officials say officers used tranquilizer darts to sedate the coyote in Riverside Park at about 10 pm. Saturday after someone spotted the animal and called police.

Parks officials say the coyote was delivered to Animal Care and Control where she was examined and fed by veterinary staff and released in an "appropriate wilderness area in the Bronx" Sunday night.

Promoted
Listen to the latest songs, only on JioSaavn.com
Park rangers began efforts to track the coyote after numerous sightings of the critter were made by the public in the past two weeks. Most coyotes pose no danger to people. Officials say the last capture and release of a coyote in New York City took place in 2013.