Tulasi Gowda: The Padma Shri Recipient Who Planted Over One Lakh Trees

Tulasi Gowda is known as the 'Encyclopedia of forest' for her vast knowledge of plants and herbs. 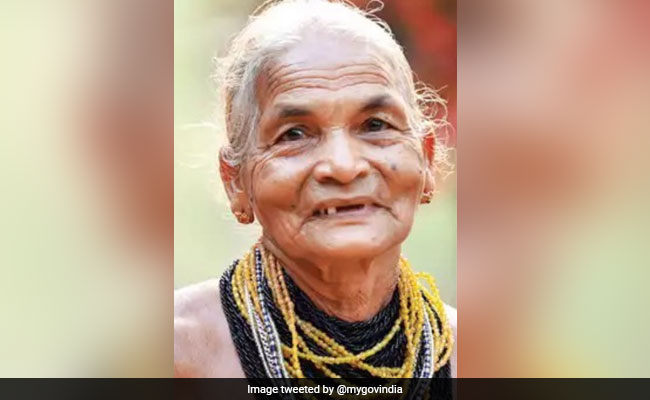 Tulasi Gowda has been conferred with the Padma Shri Award.

Union Minister Piyush Goyal today shared a video tribute to the "unsung heroes" who, he says, are "truly deserving of the Padma Shri award". One such name on this list is environmentalist Tulasi Gowda, who was conferred with India's fourth highest civilian honour for 2020.

On Saturday, the government announced 118 awardees to be conferred with the Padma Shri Award. Tulasi Gowda - known as the 'Encyclopedia of forest' for her vast knowledge of diverse species of plants and herbs - was named as one of the recipients of the prestigious award.

Nation's Jewels: Meet our unsung heroes, kind and selfless souls, who have contributed to the society in the true spirit.

Truly deserving of the Padma Shri award, their extraordinary lives and desire to transform the nation will inspire generations to come. pic.twitter.com/sa3vKF6qhk

For decades, the 72-year-old from the Halakki tribe has worked to raise awareness about forest conservation. According to The News Minute, Ms Gowda, who belongs to the Honalli village in Karnataka, has single-handedly planted more than 1,00,000 trees in the state.

Tulasi Gowda has not received any formal education, but has an endless knowledge of plants and herbs. She is also actively involved in afforestation programmes conducted by the forest department and nurtures the saplings she plants until they can stand on their own.

Known as the ‘Encyclopedia of Forest', Tulasi Gowda from Karnataka is a Tribal woman known for possessing endless knowledge of plants and herbs. She will be honoured with the Padma Shri Award for Social Work - Environment. #PeoplesPadma#PadmaAwards2020pic.twitter.com/CCbOvkw0AO

"She knows how to treat rare ethnic tree varieties... Single-handedly she tackled poachers. Stopped forest fires Her contribution to the conservation of Western Ghat forest is immeasurable," he said.