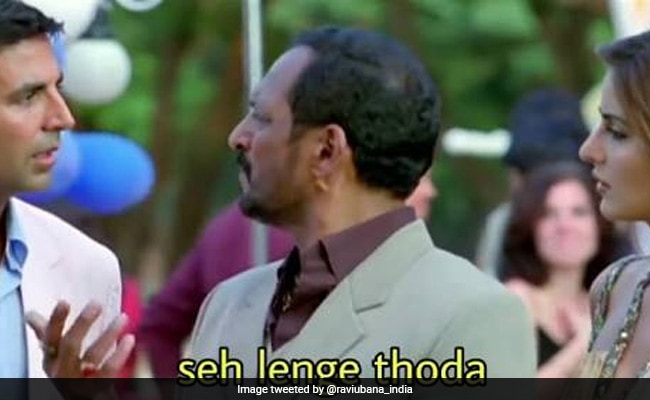 Bengaluru's notorious traffic has become the subject of many a jokes over the years. According to Bengaluru Traffic Police, the fact that there is "very little scope for expansion of roads" contributes to the traffic pressure in the city. Add to that rapid population growth and increase in the vehicular population and you get a recipe for congested roads and hours-long waiting periods in traffic. For the last few hours, Bengaluru residents have been airing their grievances on Twitter using the hashtag #BangaloreTraffic. These tweets and memes have even been compiled into a Twitter Moment.

Take a look at some of the #BangaloreTraffic memes that are trending on the microblogging website:

Where people spend most of their lives:

Recently A team of NITI Aayog did a survey on traffic jams in Indian cities...
Highest traffic was recorded in Mumbai followed by Delhi and Kolkata.
Legends say the official which started survey for bangalore is still stucked in bangalore traffic...
#bangaloretraffic

This could be us
But u r stuck in silk board traffic jam pic.twitter.com/beqVsLTNju

Standstill traffic.. After 5-7 mins of wait you can move 5-7 meters.. In last 45 mins I managed to move 50 meters.. I'm doing good in life#bangaloretrafficpic.twitter.com/ZGNEp5lljc

It took me 1.5 hours to commute just a distance of 5km. Plus 20min to come out of the office gate. Traffic situation is worse than ever this week. Partially because of the sudden closure of Alpine eco road.@acpnortheasttr#bangaloretrafficpic.twitter.com/y57yvKXOat

Bengaluru's traffic congestion is so notorious that last year, a techie rode a horse to work to protest against it. "I have been staying in Bengaluru for the past eight years and I am fed up of the bottlenecks and air pollution," software engineer Roopesh Kumar Verma had said.  "Bengaluru is overcrowded and too many vehicles on the road lead to traffic jams every day."