In his appeal for contribution, he said that we all can make a difference by ensuring as many ‘oxygen concentrators’ to hospitals as quickly as possible 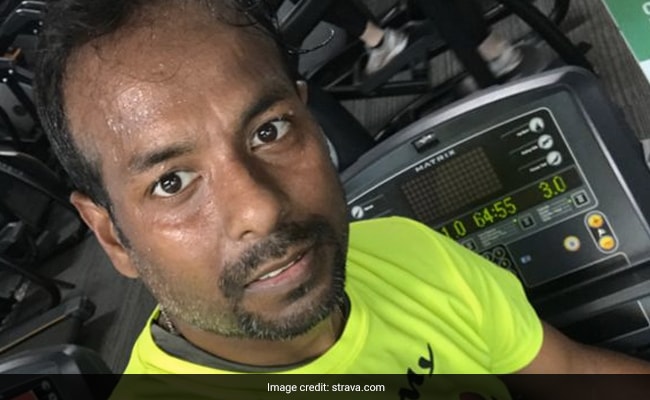 Rama Gudimetla has pledged to run 10 km every day for a 100 days.

The second wave of the novel coronavirus has overwhelmed India's health care system, with cases climbing to unprecedented levels and families of patients struggling to get oxygen cylinders, hospital beds, and ventilators. In the midst of this, citizens are helping each other in the fight against COVID-19 - the virus that has claimed over 3,15,000 lives so far in the country. To contribute to India's fight against SARS-CoV2, UK-based athlete Rama Gudimetla has taken up a challenge — to run at least 10 kilometres every day for 100 days, and raise funds.

"I've taken up a challenge to run at-least 10 kilometers a day for 100 consecutive days to raise funds and support India Covid Appeal," Mr Gudimetla wrote on his fundraising page.

In his appeal for contribution, Mr Gudimetla said the need of the hour was to get life-saving oxygen concentrators to the hospitals of India. He said that British Asian Trust ‘Oxygen for India Emergency Appeal' was raising money for oxygen concentrators and would ensure they are deployed in hospitals and offered to patients who need them the most at the moment.

"A single concentrator will help hundreds of seriously ill patients," he said, adding that the funds will go directly to their charity, helping those who require oxygen treatment or emergency support during the ongoing second wave.

An oxygen concentrator is an alternative device to oxygen cylinders. While cylinders need to be filled once they get empty, a concentrator continuously recycles oxygen from the air and delivers it to the patient. The charity has already raised £590 (roughly Rs. 60,000) of the £1000 (roughly Rs. 1 lakh) that it has set the upper limit to.

How did it begin?

On February 24, 2021, Mr Gudimetla started running, and initially thought he would do so for two weeks as a personal challenge. However, when it went up to 31 days and then 50, he realised he was passionate about it and could also use it to help others. That's when he decided to set himself a challenge of running for 100 days

"In the beginning, I had so much pain in my both legs but slowly, I got into the habit of running, which brought enough endurance and I am addicted to it now. I've learned to fall in love with the process and not the outcome. Achieving goals and riding the high is short-lived before we want to move on to something new," he said.

But he is scared too. What if his streak comes to an end due to an illness or injury? "If that does happen, however, I will stop this crazy journey of mine and take care of myself. But until then, there are just too many amazing things that come with running every day that I'm not willing to give up," he said.

Meanwhile, India on Thursday recorded another 2,11,298 COVID-19 cases and 3,847 fresh fatalities in 24 hours, the union health ministry data updated at 8 am showed.