"This has to be the best lockdown find ever," said the owner of Hansons Auctioneers. 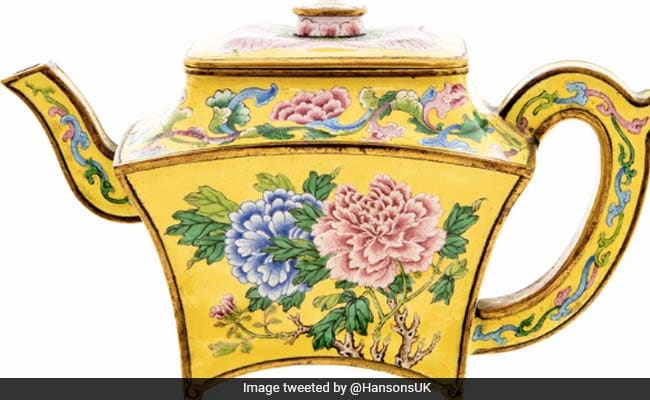 This yellow 'teapot' could fetch thousands of pounds at an auction.

A man cleaning his home during the coronavirus-induced lockdown in Derbyshire, UK, hit the jackpot when he found a centuries-old wine ewer which could fetch as much as 1,00,000 pounds (Rs 95 lakh). According to Hansons Auctioneers, the object, which resembles a tiny teapot, may have once belonged to a Chinese emperor. They estimate that it could be sold for anywhere between 20,000 - 40,000 pounds - but Chinese buyers may pay as much as 1,00,000 pounds for it.

According to Hansons Auctioneers, the rare Beijing-enamelled object dates back to the Qianlong period (1735-99) and measures only 15 cm. It features blooming flowers on bright yellow.

They describe it as the "best lockdown find ever."

"This has to be the best lockdown find ever. It is such an exciting discovery, an imperial 18th century wine ewer which would have graced a palace in China and was, perhaps, handled by Emperor Qianlong, considered by some to be the greatest Chinese Emperor," said Charles Hanson, owner of Hansons Auctioneers.

"Two almost identical teapots, both with Qianlong reign marks, exist in the National Palace Museum in Taipei, Taiwan, and the Palace Museum in Beijing, China. It's truly astonishing to find an Emperor's wine ewer in a Derbyshire home, an object used to serve warm wine during important ceremonies."

One of our best finds ever - worth tens of thousands - has been found in a #Derbyshire garage in lockdown.

The imperial wine ewer was found by a 51-year-old semi-retired manual worker in his garage. "The teapot has been in my family as long as I can remember. My mum used to display it in a cabinet. We believe it was brought back to England from China by my grandfather who was stationed in the Far East during the Second World War and was awarded a Burma Star medal," he said.

He explained that after his parents died, the teapot ended up in a loft in Newhall and was later moved to the garage. "I admit, we'd been thinking of sending everything to a charity shop," said the man who rediscovered it.

"But then lockdown came along and I finally had time to go through the boxes in the garage. I'd always thought the teapot, which is what I've always called it, was special. I spent time looking for information about it on the internet. One day I came across a similar item on a famous auction firm's website and the Chinese writing looked identical." 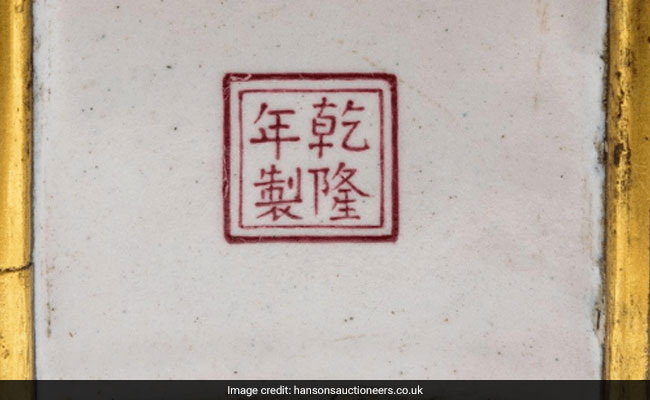 The man carried it to Hansons to find out if it could be worth anything. Hansons' valuer Edward Rycroft recognised its potential right away. "We were delighted to tell him later that it could be worth tens of thousands of pounds," he said.

The wine jug will be sold in an online auction on September 24.