This Village Is Now Instagram-Famous After Its Rainbow Makeover 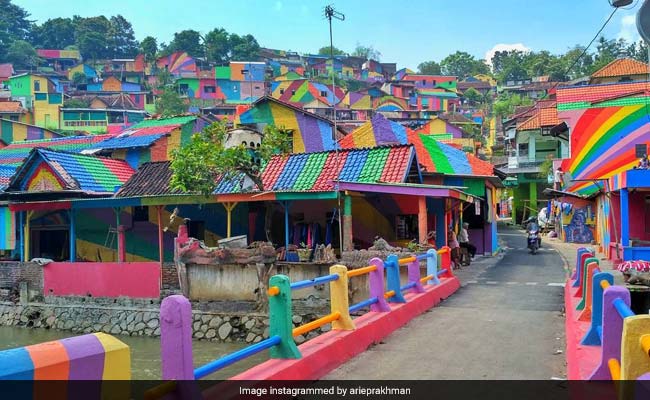 The colourful village now has at least 232 brightly-painted houses

New Delhi: Kampung Pelangi, which until recently used to be an unassuming village in Indonesia, got a stunning makeover last month. The village houses have now been emblazoned with bright red, orange, yellow, green and purple. This facelift has led to it being dubbed the 'Rainbow Village.'

According to the Independent, the city council of the village decided to allot 300,000,000 Indonesian Rupiah (approximately Rs 14 lakh) for the makeover in a bid to attract more tourists to the area. Since being completed in a month, the transformation has led to the village becoming a tourist attraction as well as a social media hit.

The Jakarta Post reports that the rainbow village is the brainchild of a 54-year-old high school principal Slamet Widodo. The colourful village now has at least 232 brightly-painted houses, where each house has a minimum of three colours, the report states.

Social media has been flooded with tourists taking pictures of and in the multi-hued village. This, The Jakarta Post states, has also helped locals who have been selling food and souvenirs to tourists.

Let us know what you think of the rainbow village using the comments section below.
Click for more trending news