Watch: This Version of Gur Naal Ishq Mitha Will Make You Hit The Dance Floor

Besides adding a new dimension to the song, it also takes people down memory lane to the 90s when the Malkit Singh number created a storm in the Indian music world. 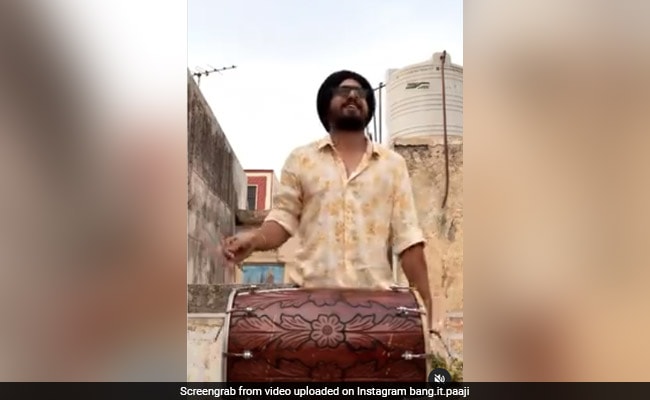 Vineet Singh's version of the song takes people down memory lane to the 90s.

When you mix the rhythmic beats of a dhol with the evergreen Punjabi hit Gur Naal Ishq Mitha, what you get is a musical concoction that can make anyone break into a groove.

If you find it hard to believe us, then take a look at musician Vineet Singh's Instagram update. Besides adding a new dimension to the song, it also takes people down memory lane to the 90s when the Malkit Singh number created a storm in the Indian music world.

Mr Singh also had a message for his viewers and it reads, "Let us dive into some nostalgia and enjoy one of the most happening songs ever made."

The video has received more than 13,000 "likes" on the photo and video sharing platform.

Mr Singh's fans and followers have expressed their reaction to the entertaining video in the comment box. A few were wondering how Vineet SIngh's neighbours react when he starts playing the musical instruments that feature on the timeline.

One of the comments read, "Vineet has been blessed by some very supportive neighbours, who have no issues with all the noise that the dhol beats create."

While another viewer predicted that in the upcoming wedding season, this song accompanied with the zealous dhol beats will be trending number one.

What do you think of this rendition?

These Star Kids Are Making A Splash On Instagram