This Man's Mirror Illusion Has The Internet Freaking Out. Take A Look

"What is this sorcery?" wrote one shocked viewer 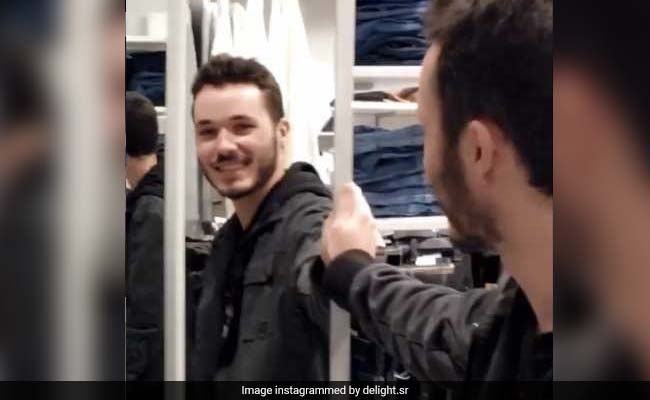 When Shawn Reischauer and his brother visited a store in Illinois, they did not expect to come out of it with a viral video. But that's exactly what happened, thanks to a mirror selfie video they made out of "boredom".

Shawn 's video has become a confusing optical illusion that is making people around the world scratch their heads in confusion. In the video, you can see Shawn looking at himself in a mirror - until the camera zooms out to reveal another reflection of him looking at himself in the mirror. This happens again a third and a fourth time - until the camera pans to the right to reveal him standing in the middle of a store, nowhere near a mirror.

Watch the confusing clip below:

After watching the clip, many viewers were left convinced that the video was made by twins - or that magic was involved. However, 22-year-old Shawn denies it, according to Metro. He claims that while his older brother Christian filmed the video, he does not feature in it and that he does not have a twin.

"So what you're saying is human clone?" questioned one person on Instagram. "I'm so confused," said another. "What is this sorcery?" a third wrote.

Shawn explained how the mirror optical illusion was made to Metro.

"What the viewers can't see is that my brother was recording into one mirror, and that I was leaning on the opposite mirror behind him," he said.

"The reflections make it appear that I am either in front of him, or next to him, which is why the last 'me' seems confusing."

What do you think of the optical illusion? Let us know using the comments section below.